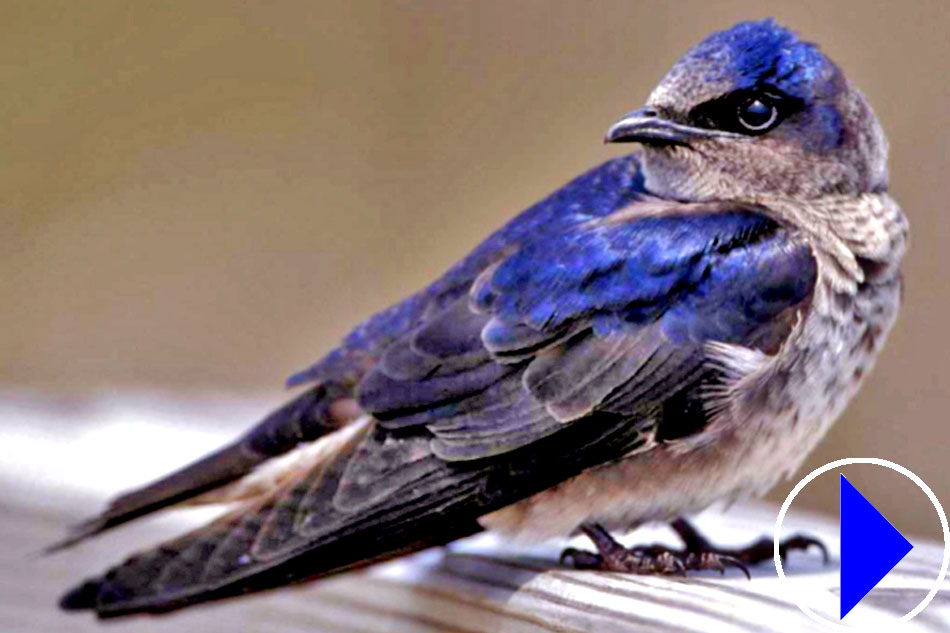 More info: Purple martins breed across eastern North America, and also some locations on the west coast from British Columbia to Mexico. Purple martins inhabit open areas near wetlands, swamps, and wet meadows. They can be found along forest edges, in mountain forests, shrubland, agricultural areas, farms, and in urban settlements.

Purple martins feed mainly on insects such as moths, gnats, flies, and mosquitoes. They catch most of their prey whilst on the wing and can even drink in mid air, flying over a pond, lake, or stream and scooping water into their bills whilst on the move.

A symbiotic relationship between purple martins and humans has developed over centuries. Native Americans would hang up gourds for the martens to nest in, hoping to attract them to their land in order to help keep insects away from their crops. Today, eastern purple martin colonies are almost 100 percent dependent on human-supplied housing, though western populations still nest in natural cavities such as tree snags or abandoned woodpecker holes.

Different ages and genders of purple martins migrate at different times. Typically, older males migrate first, followed by older females and then younger birds. Because of this, older birds tend to secure better nesting sites because they arrive at the breeding grounds first.

At the end of the breeding season purple martens gather in big flocks and make their way to South America.