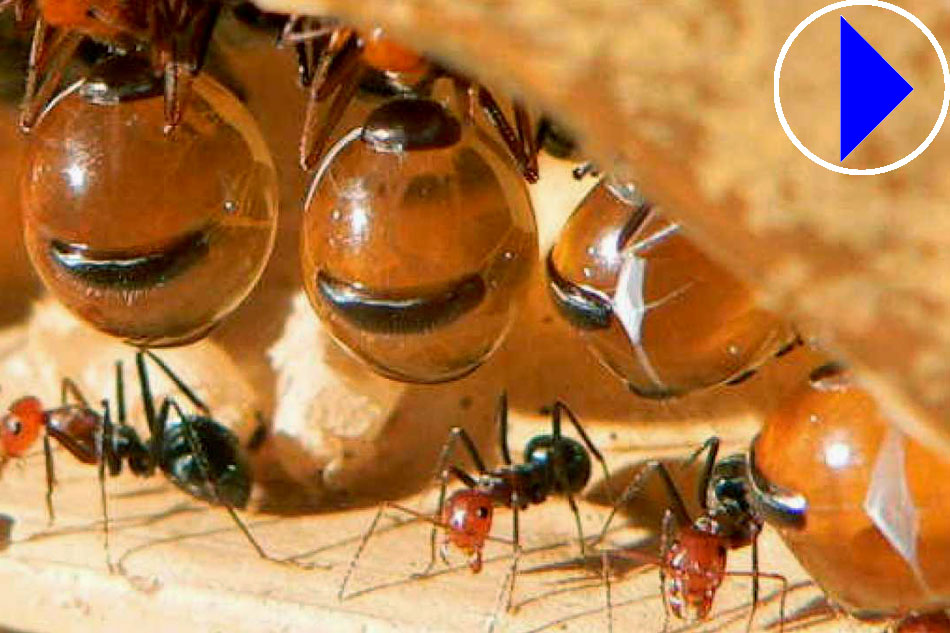 
More info: Honeypot ants, also known as honey ants, are found in arid areas of the western United States and Mexico. Other species of honey ants can be found in southern Africa and throughout Australia.

Honeypot ants are ants that store large amounts of food in the abdomens of certain worker ants. The abdomens of these workers become distended and other ants within the colony then extract the nourishment from them so they are in a sense – living larders. These storage ants are called repletes and using their strong legs, they hang from the top of their underground chamber for their entire life.

Foraging ants bring back nectar, water and insect juices and transfer it into the mouth of an awaiting replete. This transfer of food between the ants is called trophallaxis. As the honeypot ant expands, its body might also change colour depending on the fluid it is holding. Rival honeypot ant colonies have a habit of raiding one another and plundering and then enslaving repletes.

Honey pot ants eat the nectar from flowers and other plant fluids that are high in sugar. They also feed on other insects and aphid honeydew. Though honey pot ants most commonly feed on plant fluids, they may also occasionally gather fluid from dead animals or invertebrates such as earthworms.

There are 28 species of honeypot ants in North America.