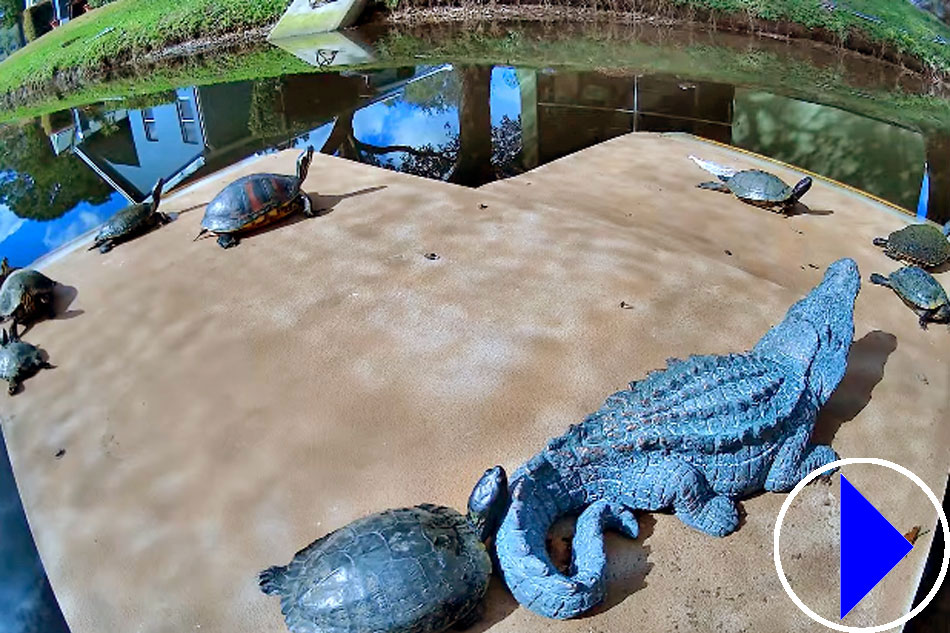 
More info: The painted turtle is the most widespread native turtle of North America. It lives in slow-moving fresh waters, from southern Canada to northern Mexico, and from the Atlantic to the Pacific.

Fossils show that the painted turtle existed 15 million years ago.

The average painted turtle grows to be between four and 12 inches long with males being smaller than the females. The turtle's top shell is dark and smooth, without a ridge. Its skin is olive to black with red, orange, or yellow stripes on its extremities. The eggs and young of painted turtles are often eaten by predators such as rodents, canines, and snakes but the adult turtles' hard shell generally protects them from most predators.

Reliant on warmth from its surroundings, the painted turtle is active only during the day when it basks for hours on logs or rocks. During winter, the turtle hibernates, usually in the mud at the bottom of water bodies. The turtles mate in spring and autumn. Females dig nests on land and lay eggs between late spring and mid-summer. The hatched turtles grow until sexual maturity: 2–9 years for males, 6–16 years for females.

The average life span of a painted turtle is 20 to 30 years but they have been known to reach over 50 years.