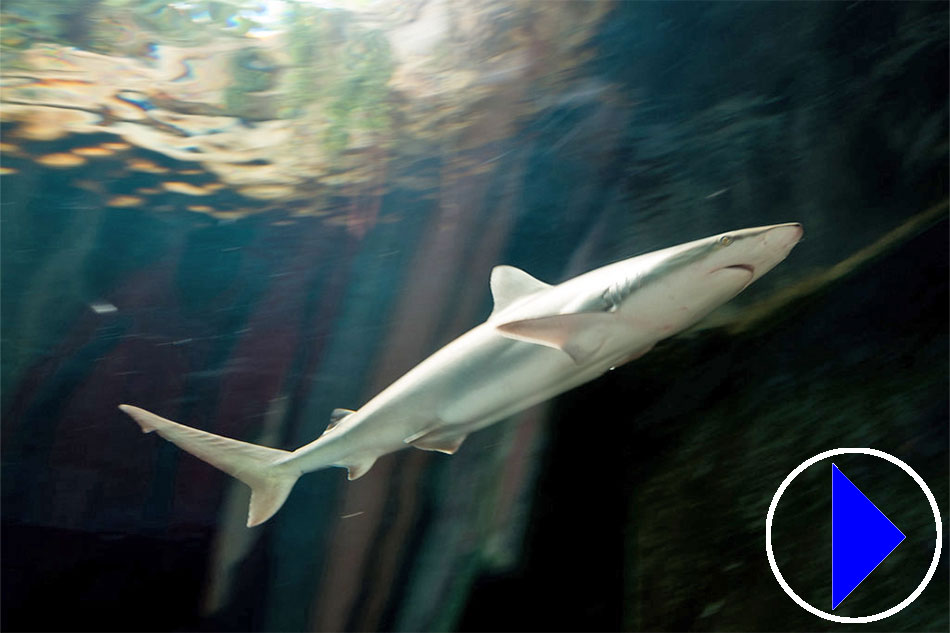 LIVE WEBCAM WITH SHARKS AT THE DALLAS WORLD AQUARIUM


More info: Mundo Maya is an eight-story exhibit at Dallas World Aquarium, with plants and animals depicted in generations of Mayan folklore and featured as a big part of this ancient culture. The exhibit is a very immersive experience including a 400,000-gallon walk-through Cenote exhibit filled with sea turtles, majestic rays, and a wide range of impressive sharks. These species are all found in the Yucatan Peninsula which separates the Gulf of Mexico from the Caribbean Sea. The cenote exhibit includes bonnethead sharks, brown sharks, lionfish, sawfish, goliath groupers, spotted eagle ray and sawfish.
Bonnethead sharks are the smallest of the 10 hammerhead shark species. They have a shovel-like snout which is broadly rounded and are gray-brown above and lighter on the underside. Bonnethead sharks reach an average length of 91-122 cm, with a maximum 150 cm. and a maximum weight of 10.8 kg. They feed primarily on crustaceans, consisting mostly of blue crabs, but also shrimp, molluscs and small fish. They are timid and harmless sharks with only one attack on humans being recorded.
Sawfish are large rays with long, saw-like nose extensions, called rostrums, that they use to find and stun prey in murky water. The saw has small pores that can detect electric fields produced by prey. Sawfish are the most endangered of all sharks and rays. All five sawfish species are threatened with extinction despite having once spanned the tropical and subtropical waters of the Atlantic, Indian, and Pacific Oceans in large numbers.
Lionfish hail from the South Pacific and Indian oceans, their habitat stretching from Australia up to Japan and South Korea. They are an introduced species elsewhere. They are easily recognisable with their brown and white striped mane of venomous spines. When a lionfish spine punctures flesh, the pressure pushes out toxin from two venom glands along the fish's backbone. Lionfish are voracious hunters who ambush their prey by using their outstretched, fan-like pectoral fins to slowly pursue and "corner" their victims.