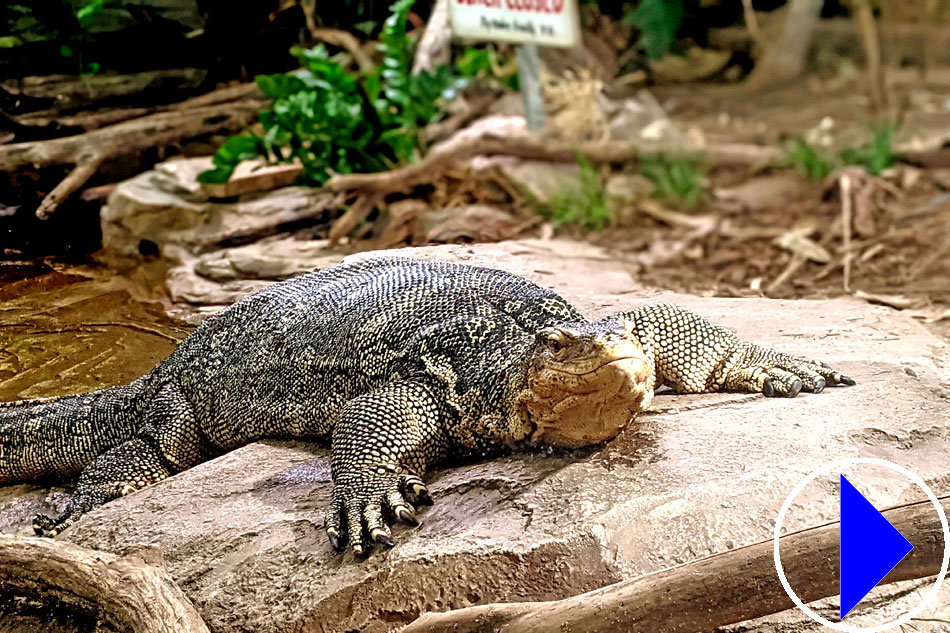 More info: The water monitor who is called Solair, is just one of the exhibits at the Holden Reptile Conservation Center at Detroit Zoo.

Water monitors are large lizards native to South and Southeast Asia. Water monitors are one of the most common monitor lizards found throughout Asia, and range from Sri Lanka and India to Indochina, the Malay Peninsula, and various islands of Indonesia.

Water monitors inhabit areas which are close to water and because they are cold blooded they are able to survive where other large carnivores cannot.

The diet of a water monitor in the wild, includes fish, frogs, rodents, birds, crabs, and snakes. They have also been known to eat turtles, as well as young crocodiles and crocodile eggs. Like the Komodo dragon, they will often eat carrion.