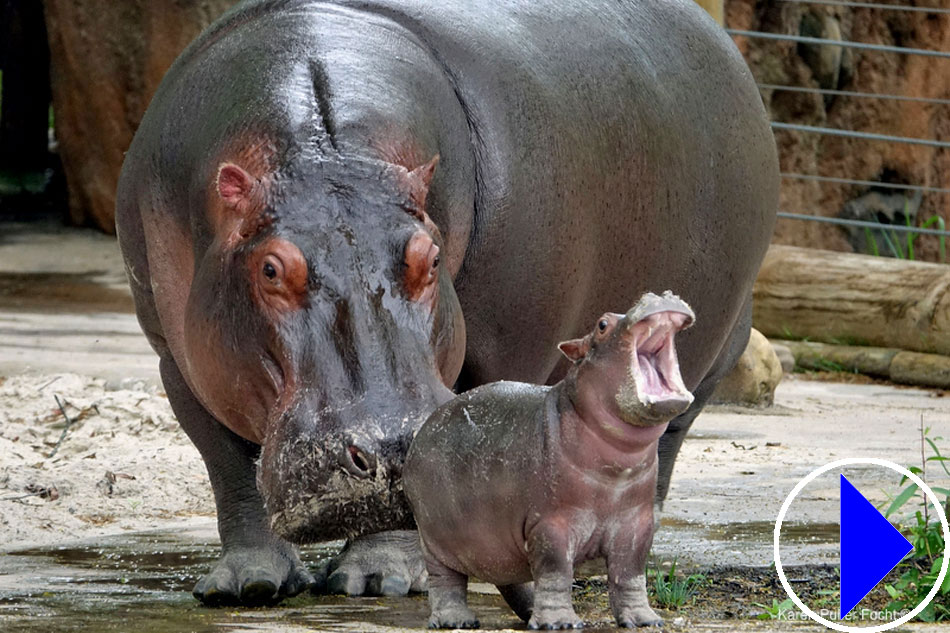 More info: The hippopotamus loves water which is why it was named the “river horse ” by the Greeks. Hippos spend up to 16 hours a day submerged in rivers and lakes to keep cool and avoid the heat of the day, emerging at night to graze. The eyes and ears of a hippopotamus are on top of its head, so it can keep watch for enemies—mainly crocodiles—while lying low in the water. With male hippos weighing up to 5 tons, they are the largest land animal after the elephant.
There are two hippo species found in Africa. The common hippo (also known as the large hippo), found in East Africa, occurs south of the Sahara. The other much smaller species of hippo is the pygmy hippopotamus. It is limited to very restricted ranges in West Africa, it is a shy, solitary forest dwelling animal and is endangered. 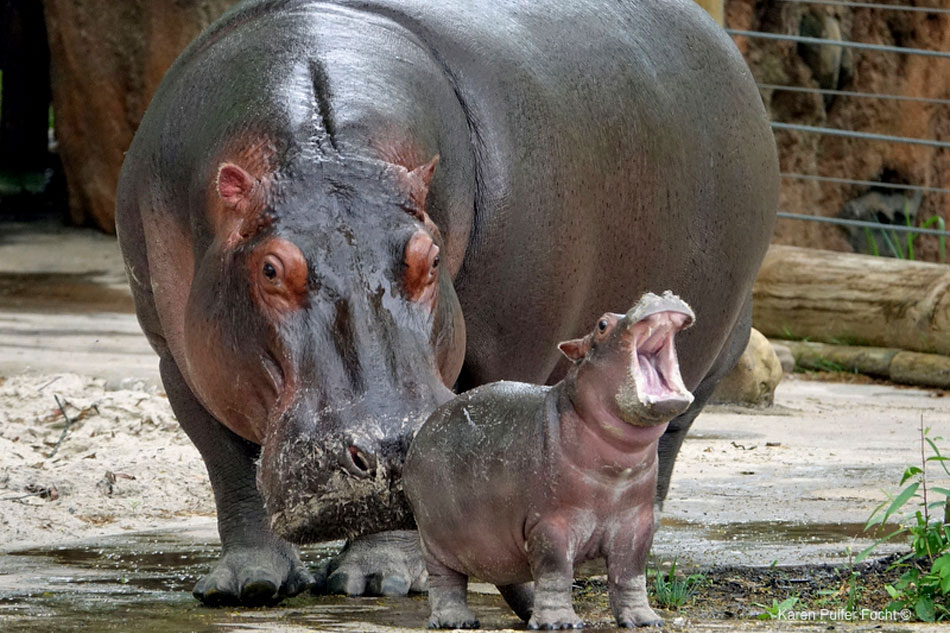 HIPPOS AT THE THE MEMPHIS ZOO