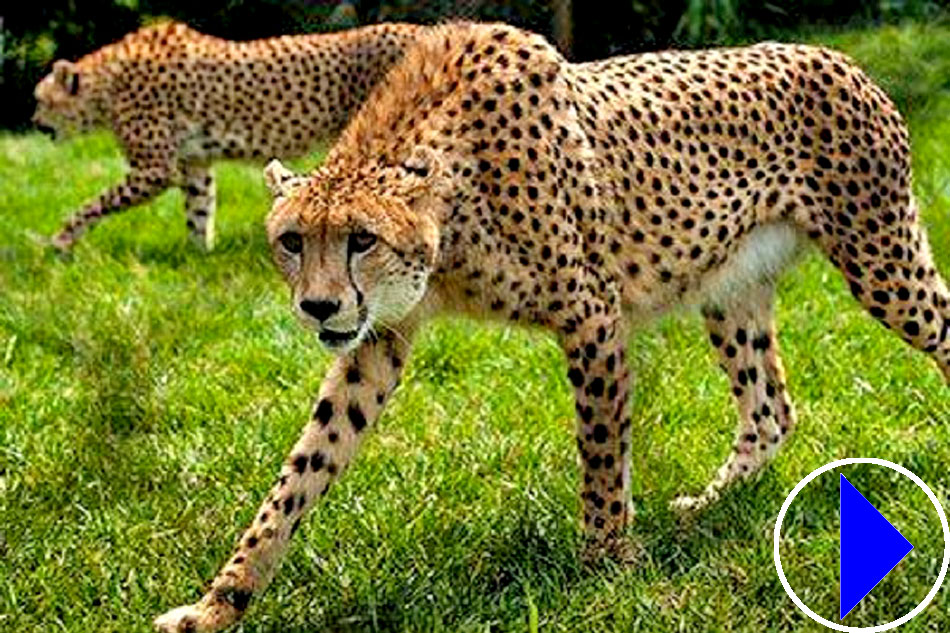 More info: The cheetah is a large cat of the subfamily Felinae and is found in North, Southern and East Africa, and a few places in Iran. The cheetah is built for speed and is the fastest land mammal on the planet. It can reach a top speed of 60 to 70 miles per hour and can accelerate from nought to 45 MPH in just 2.5 seconds.

Unlike other cats, the cheetah has non-retractile claws.

The diet of a cheetah consists primarily of hoofed mammals weighing less than 90 pounds, including gazelles and young wildebeest. They will also eat smaller game such as hares, warthogs, and birds. The cheetah will grab the throat of its victim and kill it by suffocation within minutes. Despite their best efforts to hide their kill it is often stolen by larger predators such as lions.