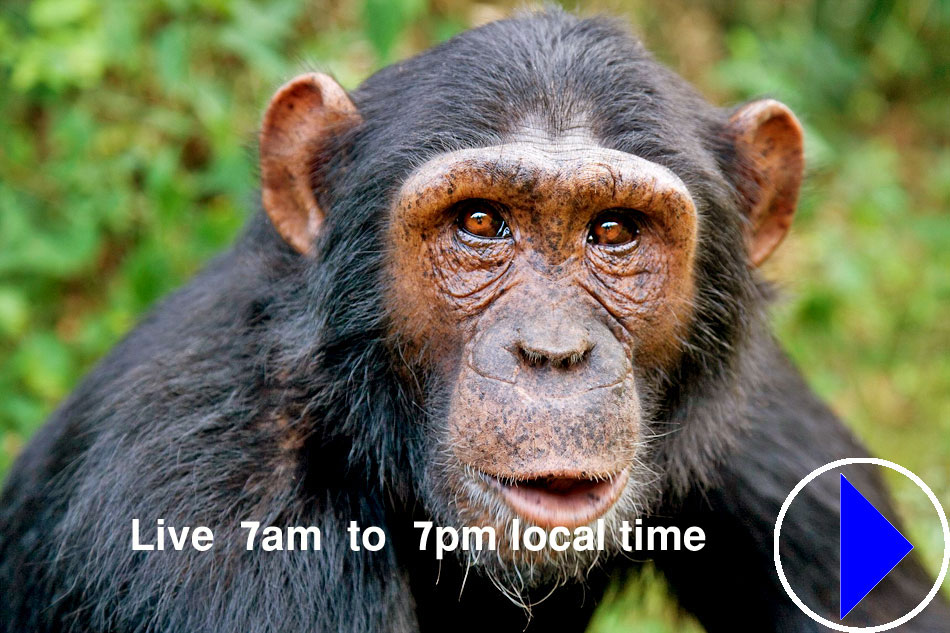 More info: Chimpanzees represent one of our closest living relatives, sharing 98% of our genetic DNA. Chimpanzees (Pan troglodytes) are one of only two species in the genus Pan, the other being the bonobo (Pan paniscus), and humans are equally closely related to both species. Biologically, chimpanzees are more closely related to humans than to gorillas or orangutans.

Chimpanzees are very adaptable and are able to live in a range of habitats, including tropical rainforest, montane rainforests at altitudes of up to 3000m, swamp forests, less densely vegetated forest-savannah mosaics, and even dry savannah. Chimpanzees in the wild, spend the majority of their time in small, temporary groups of just a few individuals known as ‘parties’, but also associate with a wider group known as a ‘community’. Chimpanzee communities may consist of up to 150 individuals but have strict hierarchies, with normally just one dominant alpha male.

When at rest, during night or day, individuals almost always rest in the trees. Chimps make beds or nests which are always newly constructed. They are made from leaves or other forest materials, and can include a covering on top and a platform on the bottom. Other than mothers and their offspring, the chimps generally sleep alone. Grooming is an important activity amongst chimpanzees. Grooming not only rids individuals of pests and dirt, but also plays a crucial role in cementing bonds and diffusing tensions.