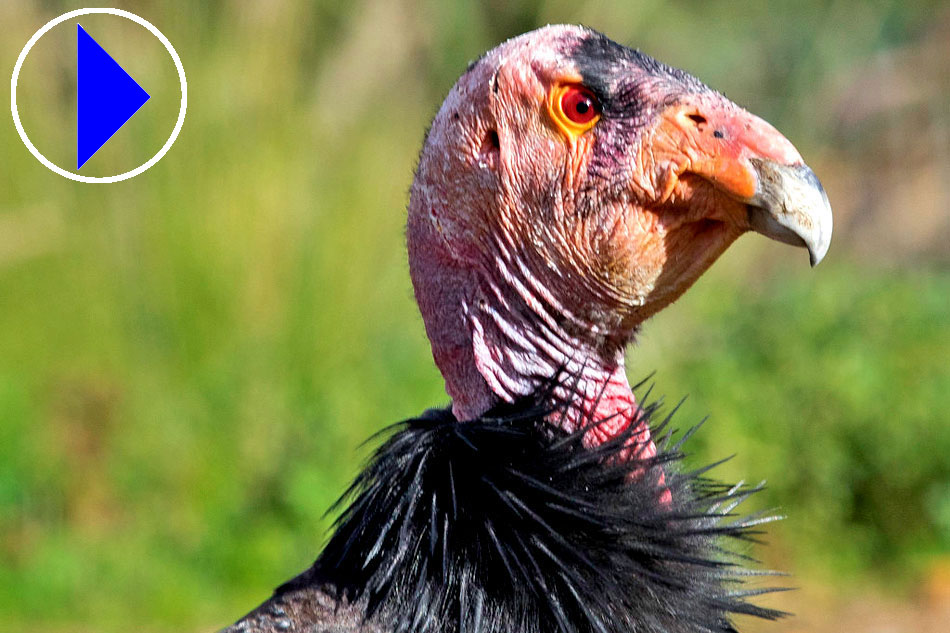 The Californian condor was almost eliminated due to the destruction of its habitat, lead poisoning from carcasses shot in hunting and poaching. In 1982, only 22 birds remained in the wild. Thanks to the California Condor Recovery Program, the population of California condors has grown to more than 500 birds. More than half of these birds are now flying free in the wild.

California condors are monogamous and pairs stay together for life. They nest in crevices or caves in cliffs, often close to open sites for ease of landing. They do not nest in colonies and breed only once every two years. Females lay a single egg, between February and May. Both parents incubate, for 55-60 days, sharing all nesting duties. Chicks are first covered in white down have a pink or yellow bare head. The second down covers the head as well, and is gray. Condors fledge 6 months after hatching, though depend on their parents for food for several months after fledging. They gain adult plumage by 5-6 years old, reaching reproductive maturity when 8 years old.