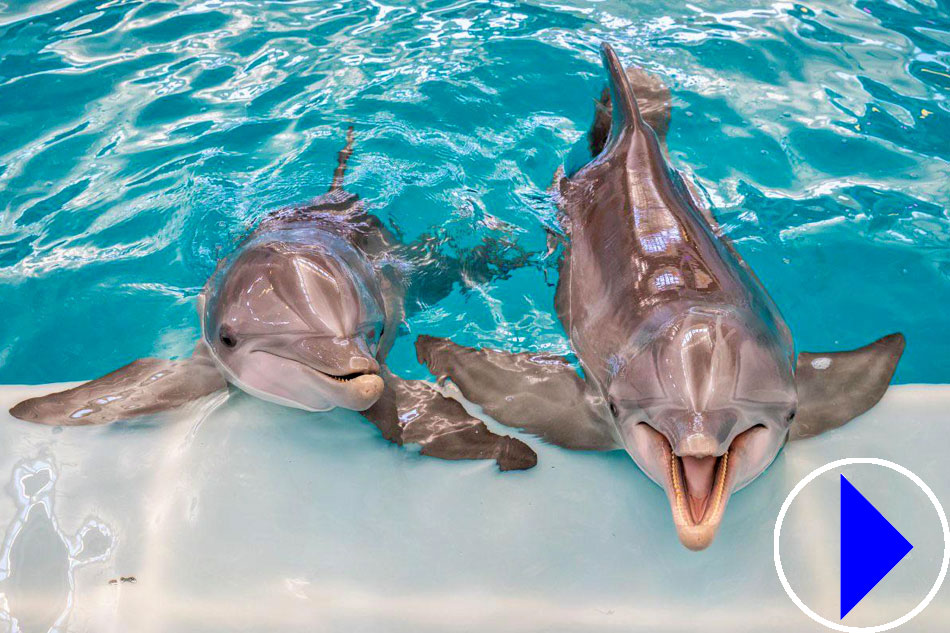 More info: There are 36 dolphin species, found in every ocean. Most dolphins are marine and live in the ocean or coastal brackish waters. However, there are a few species, such as the South Asian river dolphin and the Amazon river dolphin, or boto, that live in freshwater streams and rivers. The largest dolphin is the orca which can be over 30 feet long and the smallest, the Maui dolphin, is just five feet long. The most common and well known of the species is the bottlenose dolphin.

Dolphins are mammals which means they are warm blooded and nurse their young. Dolphins have more than one mate, and generally produce a single offspring that will stay with the mother for up to six years, depending on the species. Dolphins live in pods that can number a dozen or more individuals. They are intensely social mammals that communicate with squeaks, whistles, and clicks. Unlike fish, who breathe through gills, dolphins breathe air using lungs. Dolphins must make frequent trips to the surface of the water to take in air.