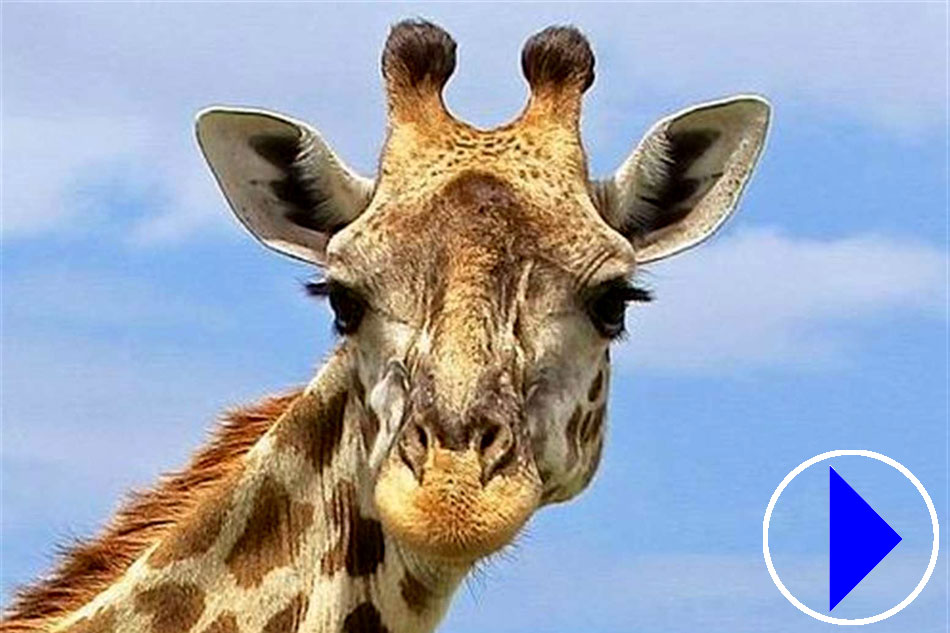 
More info: Giraffes are the tallest land mammals on earth and even a newborn giraffe is taller than most humans. Their long bluish tongue is 45 t0 50 cms long enabling them to reach into thorny trees for food without damaging their eyes. The heart of a giraffe weighs around 11kgs and pumps 60 litres of blood around the body every minute with a blood pressure twice that of the average person. A giraffe may have a very long neck but it only has 7 bones, the same as humans and all other mammals.

Giraffes are so social that they do not have the need for territories. A group of giraffes is aptly called a tower, which will typically have 10 to 20 members. Some towers consist of all females and their young, or all male or mixed genders and individuals are free to come and go as they please. Humans will not hear giraffes making a noise - this is because giraffes communicate using sounds that are too low for humans to hear.

Giraffes do not have to compete when it comes to feeding as their long neck helps them browse in the treetops where other animals are unable to reach. Since male giraffes tend to be taller, they eat from the higher branches, leaving the lower ones for the female giraffes. Their diet is mostly leaves - usually from the acacia tree, as well as some fruits and seed pods. The giraffe obtains moisture from the leaves so they do not need to drink very often. They can go without water for many days but when water is plentiful, they may drink up to 37 litres. In the wild, giraffes tend to drink in groups, taking turns looking out for predators.