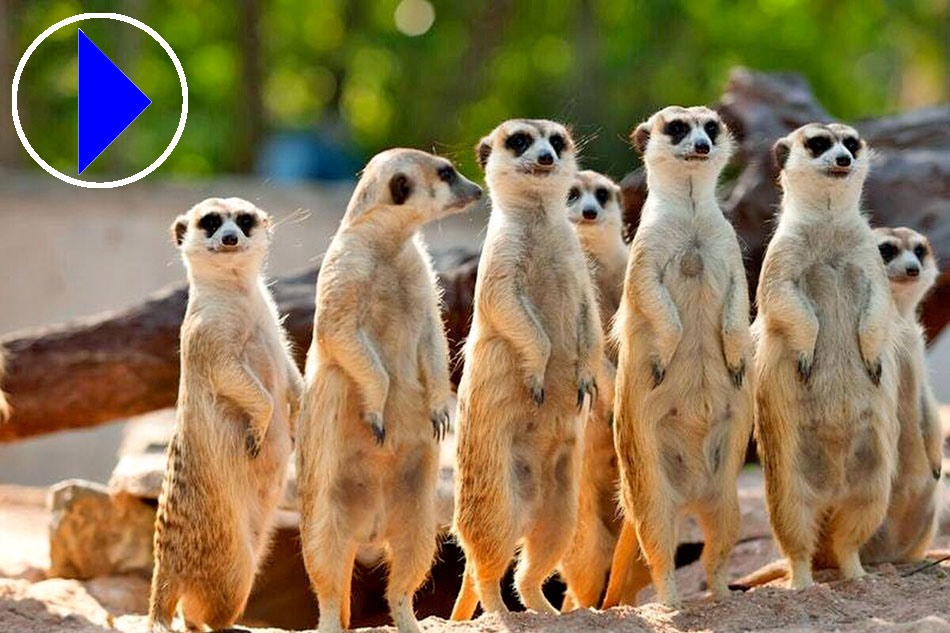 
More info: In the wild, Meerkats live in the hot, dry deserts of the Kalahari, Namibia, southwestern Angola and southern Africa. These slender catlike creatures are only around 30 cms high and weigh about 750 grams but are capable of shovelling dirt several hundred times their weight. They dig complex burrows with interconnecting tunnels and many different entrances. Meerkats are very social animals and live in groups with a matriarch as head of the group and each member assigned to a specific role such as babysitting and guard duty – indeed, they are famous for their sentinel behaviour where one meerkat takes up a raised position where it sits erect and watches for danger and sounds the warning alarm by giving a distinct bark.

Although meerkats are basically diurnal, their activity is controlled largely by the soil temperature. Meerkats are only active when the sun is present and warms the surface of their burrows. When the weather is overcast or raining, they usually stay within their burrow. Similarly if temperatures are too high, meerkats will return to the burrow to stay cool.

Meerkats are quite ferocious predators and using their keen sense of smell, they will hunt down and kill any number of prey items. Their diet includes spiders, snakes, scorpions, mice, rats, eggs, lizards, and birds. They have no trouble in removing the venom from snakes or scorpions before devouring them. Older meerkats will often share food with juveniles. They get all the moisture they need from the insects and grubs they eat. Meerkats do not have stores of excess body fat, so foraging for food is a daily need.