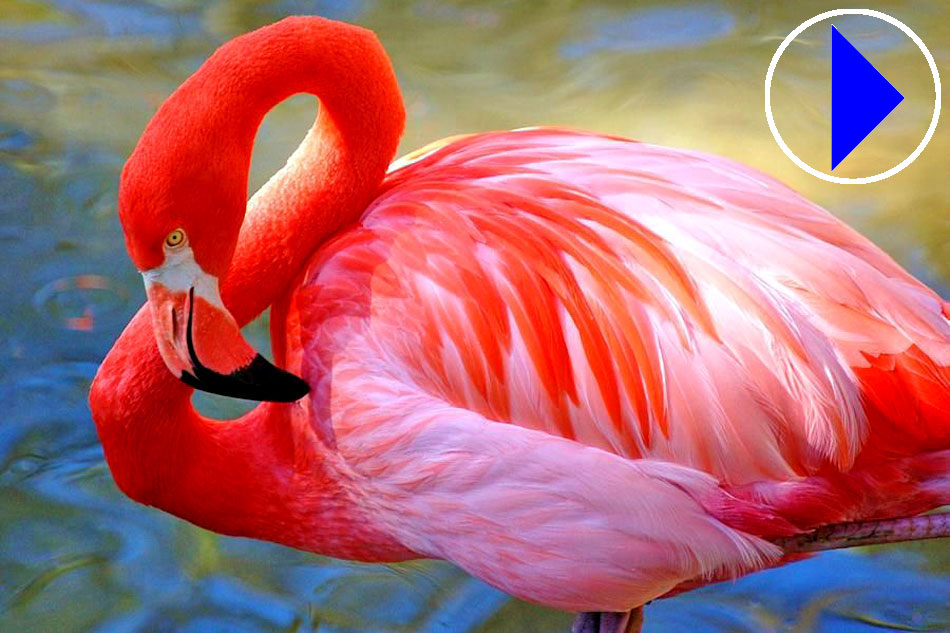 More info: The American flamingo (Phoenicopterus ruber) also known as the Caribbean flamingo is a large species of flamingo closely related to the greater flamingo and Chilean flamingo and is the only flamingo to naturally inhabit North America. In their natural habitat, the flamingos diet consists of algae, crustaceans, and brine shrimp. The invertebrates in its food are rich in pigments called carotenoids, which give the flamingo its characteristic orangey pink colour.

And like all birds, flamingo tails contain glands that produce oil that they spread onto their wings with their beaks. These preen oils are rich in carotenoids, and the flamingos ramp-up their oil-applying behavior during the mating season. In the wild, after their chicks hatch, the flamingos lose the bright colours of their wings because they've stopped applying the oil.

Flamingos are highly social animals that live in the wild, in huge colonies, often consisting of thousands of birds.