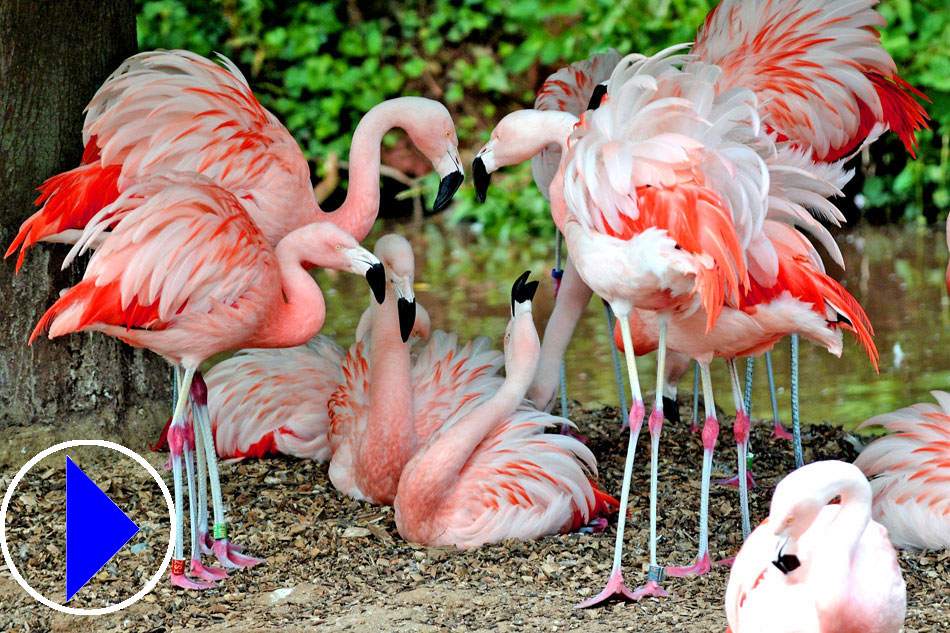 More info: The Chilean flamingo lives on the coasts, salt marshes and lagoons over most of South America, from Peru and Uruguay all the way to Tierra del Fuego. There are also some introduced colonies of Chilean flamingos in Germany, Netherlands, Utah and California. Their range extends from sea level, along coastal areas, to high altitudes in the Andes, up to 4,500m.

The Chilean flamingo differs from the American and common flamingos in that it has grey legs with pink joints and feet. It is the most abundant species in South America. The Chilean flamingo is scarce or absent in lakes with fish. It is present, usually in large numbers, where there are no fish with which to compete with its food source.


Chilean flamingos are social, gregarious birds that nest and feed together in flocks from a few individuals up to tens of thousands. They are diurnal and they spend about 15 to 30% of the day preening, to keep their feathers waterproof and in good flying condition. When the flamigos migrate they fly in a V-formation, their long necks and legs stretched straight out. During flight, they communicate with loud, goose-like sounds, which are important to keep the flock together. Flamingos stand on one leg in order to conserve body heat, and pull the other leg in close to their body, tucking their head under their wing.