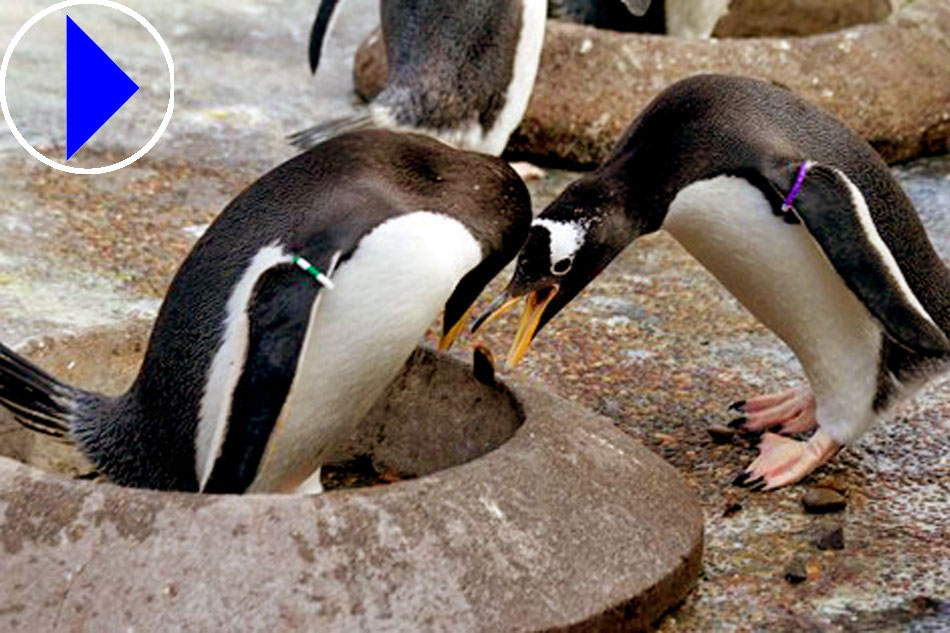 
More info: The world famous Penguin Parade began at Edinburgh Zoo in 1951 when a gate was left open by mistake and a gentoo penguin escaped. The keeper decided to see what would happen and it was followed by other penguins to the front of the Zoo. The Penguin Parade has continued voluntarily to this day.

The penguins may all look very similar, but each penguin has a distinct personality and character and they are well known to their keepers who use different coloured flipper bands to help tell them apart - male penguins have bands on their right flipper, and females on the left. Notable individuals include Snowflake, who is leucistic (pale colouration of skin and feathers), and Kevin, who has been banned from Penguin Parade for bad behaviour !