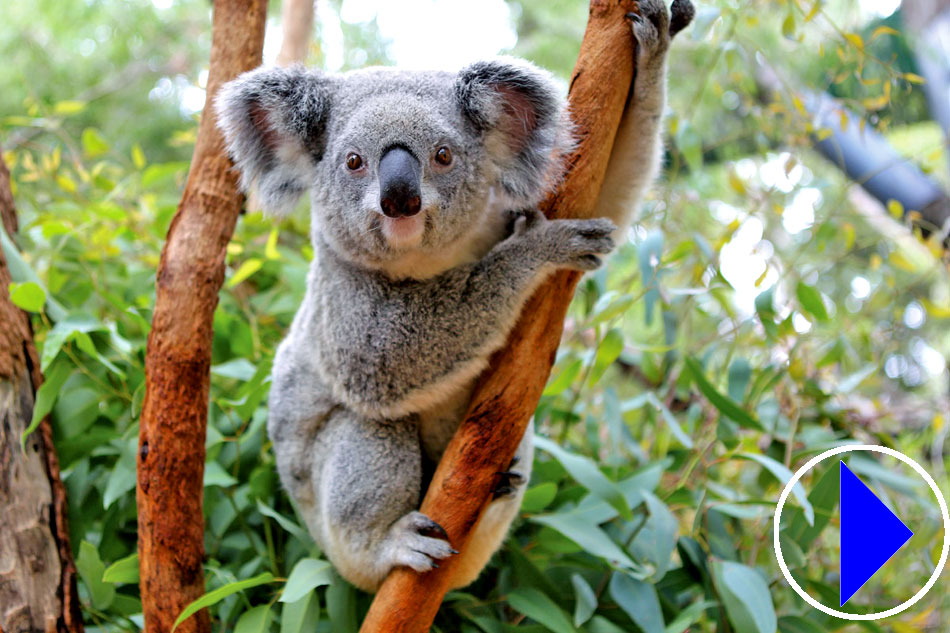 
More info: As well as being members of the managed breeding programme for Queensland koalas, the Royal Zoological Society of Scotland makes regular contributions to support conservation projects in Australia that help to rehabilitate sick and injured koalas and release them back into the wild.

A koala's size, colouring and shape varies upon its geographic range; for example, southern koalas have thicker and darker fur and are generally larger than those in Queensland which have shorter, paler grey fur.

Koalas are marsupials which means they bear young that suckle and develop after birth in the mother's pouch. Most marsupials' pouches, such as the kangaroo's, face up so when the joey looks out he is facing the same direction as his mother. Koalas have a pouch which faces backwards so if the joey sticks its head out of the pouch it would be looking backwards through the koalas legs. Koalas spend most of their time in trees, making it seem hazardous that their pouches open down instead of up. To compensate for this, they have a special sphincter muscle along the outer edge of the pouch opening. A mother koala uses this muscle almost like a drawstring, closing the opening tightly as she climbs through the trees.

The tiny undeveloped joey is only about 3/4 inch long and has to crawl from the birth canal into the pouch where it grips the fur to hang on tightly as needed. The joey then latches on to one of the two teets which swells up immediately as soon as its mouth closes on it. This helps the joey to hang on with its mouth as well as its hands. The joey will stay in the pouch for about 6 months whilst it develops and until it is big enough to explore the outside world.