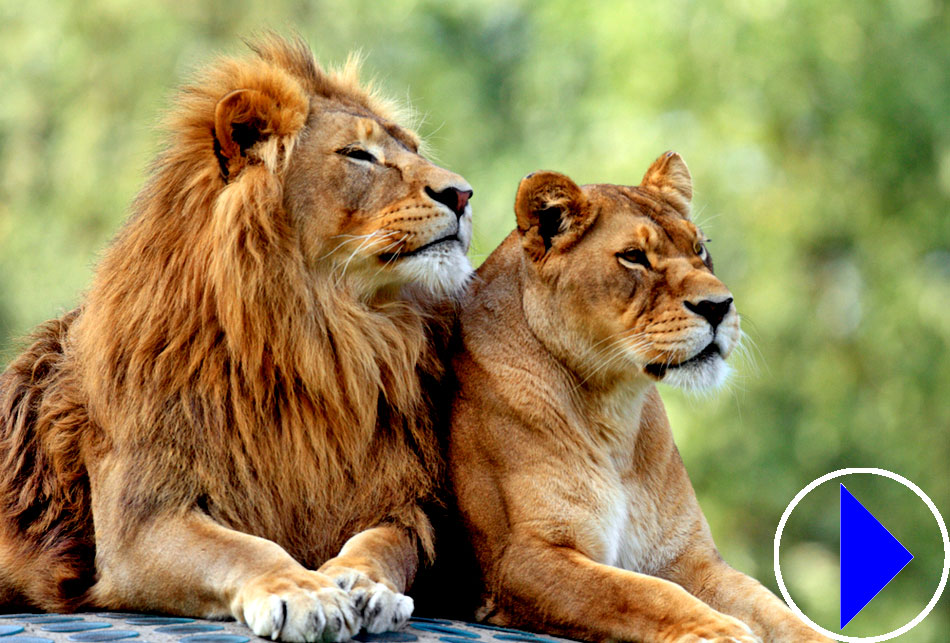 
More info: African lions used to be found across most of the continent, but now exist only in sub-Saharan Africa, with 80% in eastern or southern Africa. With only around 20,000 left in the wild, they are now officially classified as ‘vulnerable’.

Lions are the second largest big cat species in the world, after tigers. Lions are unique among cats in that they live in a group, or pride. The members of a pride tend to spend the day in scattered groups and often join up later in the day to hunt or share a meal. On average a pride will consist of around 15 lions.

Lions have a well defined territory, the size of which will depend upon the abundance of prey and may cover up to 400 square kilometers if game is sparse. Lions proclaim and protect their territory by roaring, scent marking and urinating. Their distinctive roar is generally heard in the evening before a night’s hunting and again before arising at dawn.