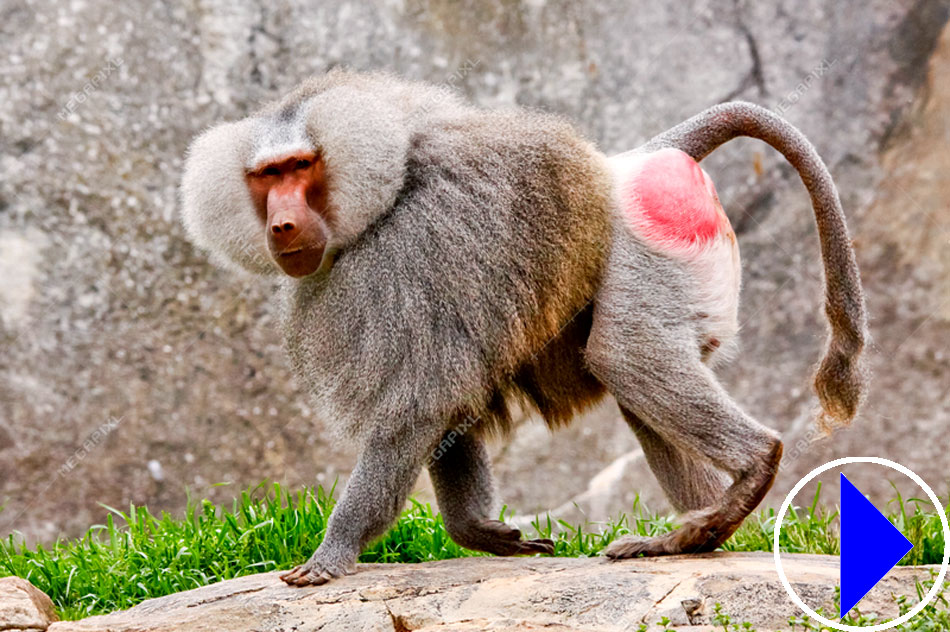 Gelada monkeys are found only in the highlands of Ethiopia and Eritrea and are the world's most terrestrial primates - except for humans. Gelada monkeys are terrestrial, or ground dwellers rather than tree dwellers and they prefer to sleep on rocky cliffs at night. They are very adept climbers and the higher elevation provides less threat from predators. They will descend in the mornings to go foraging - Geladas are grass eaters and as such are the last surviving species of ancient grazing primates that were once numerous. Gelada monkeys have impressive canine teeth — especially the males, who rely on their fearsome fangs not to eat but to signal dominance or to fight.