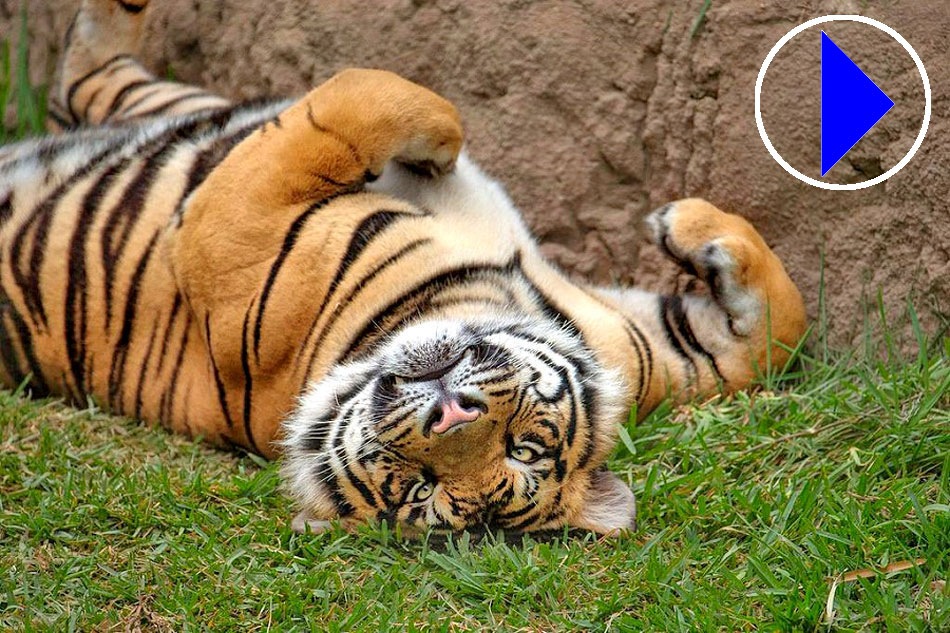 
More info: Sumatran tigers are the smallest surviving tiger subspecies and are native to the Indonesian island of Sumatra. They are a critically endangered species due to habitat loss and poaching. They are found in small fragmented populations in coastal lowland and uncultivated mountain forest but now many of the remaining Sumatran tigers live in protected areas, such as national parks.

Sumatran tigers are obligate carnivores, meaning they are biologically dependent on a meat diet. On the island of Sumatra, their diet consists of monkeys, birds, tapir, boar, deer, porcupines, fish, and, much to the torment and chagrin of human residents, livestock.

Generally only 10 percent of hunts for prey are successful and Sumatran tigers typically enjoy a large meal once a week. If they inhabit an area occupied by people Sumatran tigers generally hunt at night but camera traps reveal that daytime hunting is the normal when humans are not around. In times of famine, they will amicably share food even with tigers from other families.

Sumatran tigers are able to run up to nearly 40 miles per hour, but only in short bursts, so they have to make the most of their speed by being ambush predators - slowly and silently stalking their prey until they are ready to pounce.

Sumatra has one of the highest rates of deforestation in the world, driven largely by palm oil production. Habitat loss has driven the tiger's wild population to fewer than 600.