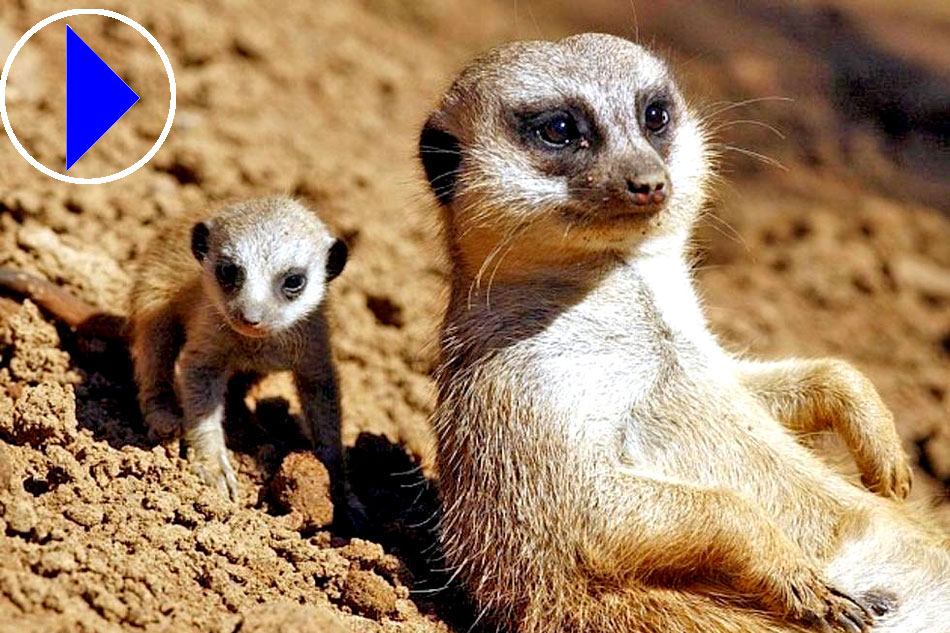 
More info: Meerkats are catlike carnivores that are part of the civet and mongoose family. These animals are found in the deserts and grasslands of Africa, including southwestern Botswana, western and southern Namibia, and north and west South Africa. They can also be found in the extreme southwestern areas of Angola and in the lowlands of Lesotho. Meerkats live in large groups called a mob, gang or clan made up of just a few idividuals to 50 or more, led by a dominant female. They live in underground burrows which allows them to stay cool and be safe from predators. The meerkat burrows have intricate tunnel systems and one burrow may have as many as 15 entrance and exit holes and can reach up 2 meters deep. The meerkats will have more than one burrow and use them in a system of rotation.