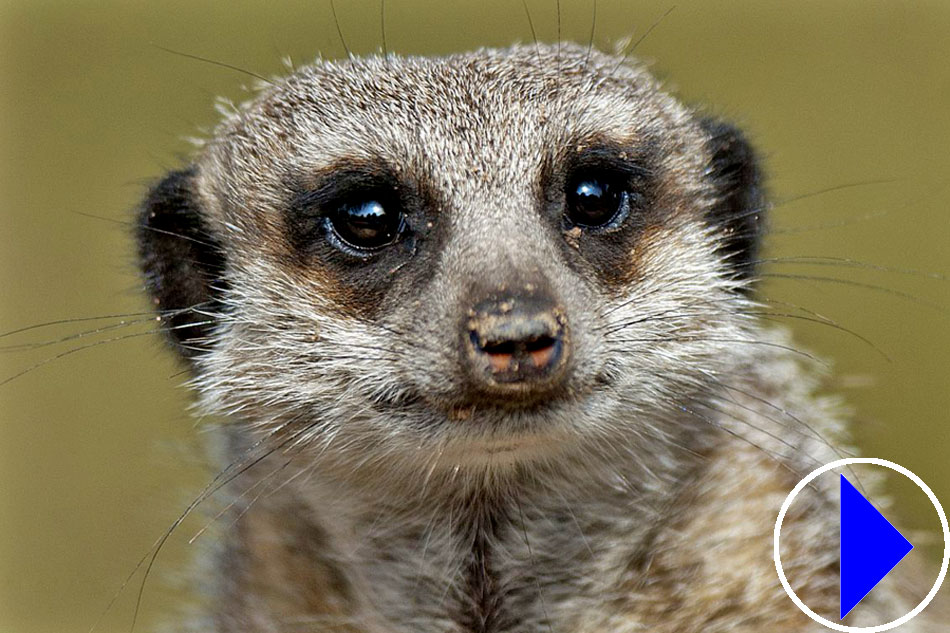 
More info: The Meerkat is a small member of the mongoose family whose range extends from South West Angola to South Africa.

The Meerkat is a small mammal with a long and slender body and long black-tipped tail that can almost double the animal’s total length. Meerkats are sandy to light brown in colour with eight darker stripes on their back, markings on their sides (which are unique to the individual) and a lighter face and underside. They have elongated muzzles with a black nose and dark coloured bands around their eyes which helps to stop the suns glare. Meerkats have long, sharp curved claws on their front paws which help them to both dig their burrows and to find small animals that are buried beneath the soft sand. The fur of the Meerkat has actually adapted remarkably to the differing desert conditions, not only helping to keep the animal cool during the boiling hot days, but also acting as a layer of insulation to keep it warm during the cold desert nights.

Meerkats are highly sociable and live in groups that typically have between 10 and 30 individuals, but may be larger if there is an ample supply of food. The groups consist of three or four family units made up of a male and female pair, with their young. In the mornings, the meerkats emerge from their burrows to warm up in the sun before going off to forage for food. Some of the group will act as babysitters for the young meerkats and others will perform guard ( sentinel ) duties. The meerkat guards will stand upright in an elevated position on top of a mound or bush and keep a careful watch for predators. Different alarm calls will then be sounded to alert the rest of the group as to what the danger is, often causing the whole band to dive into their underground burrow.