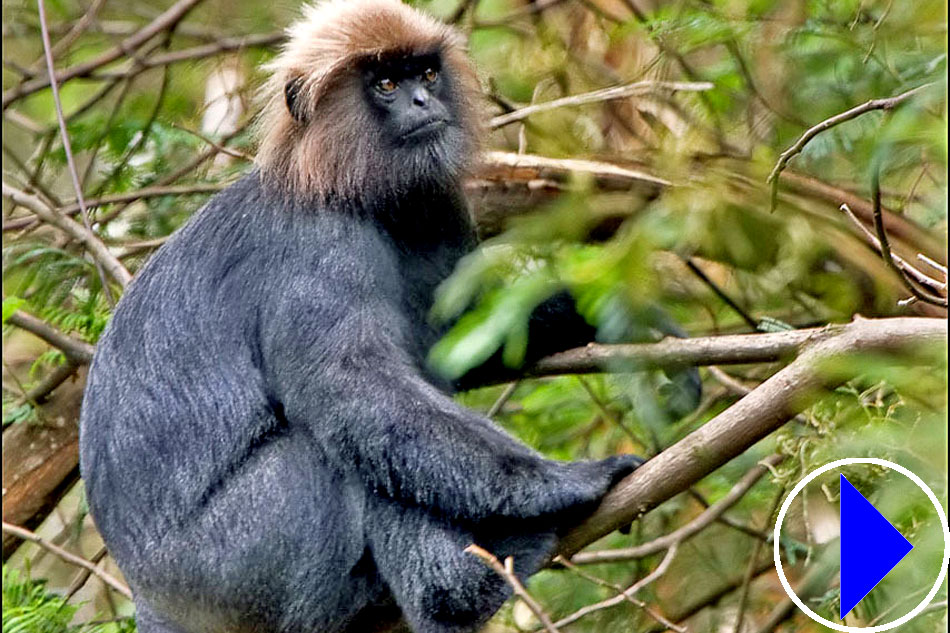 More info: The Nilgiri langur also known as the hooded leaf monkey, is a species of Old World monkey found in the Nilgiri Hills of the Western Ghats in South India. Its range also includes Kodagu in Karnataka, Kodayar Hills in Tamil Nadu, and many other hilly areas in Kerala and Tamil Nadu.

Nilgiri langurs are an arboreal species and therefore, they seek out habitat with trees, and are known to inhabit secondary moist deciduous forests and evergreen forests. Other considerations include proximity to water and distance from humans.

Nilgiri langurs have thick black fur and a flaxen, sometimes reddish mane around their black, hairless faces. Females, unlike males, have patches of white fur on their thighs. Both males and females have big, dark eyes, providing a striking contrast to their large, white teeth. They have exceptionally long tails.

Their breeding season of nilgiri lemurs ocuurs year-round. Females give birth to a single infant and the gestation period is around 200 days. Newborn babies weigh about 0.5 kg. The mother protects and nurses her offspring for almost a year.