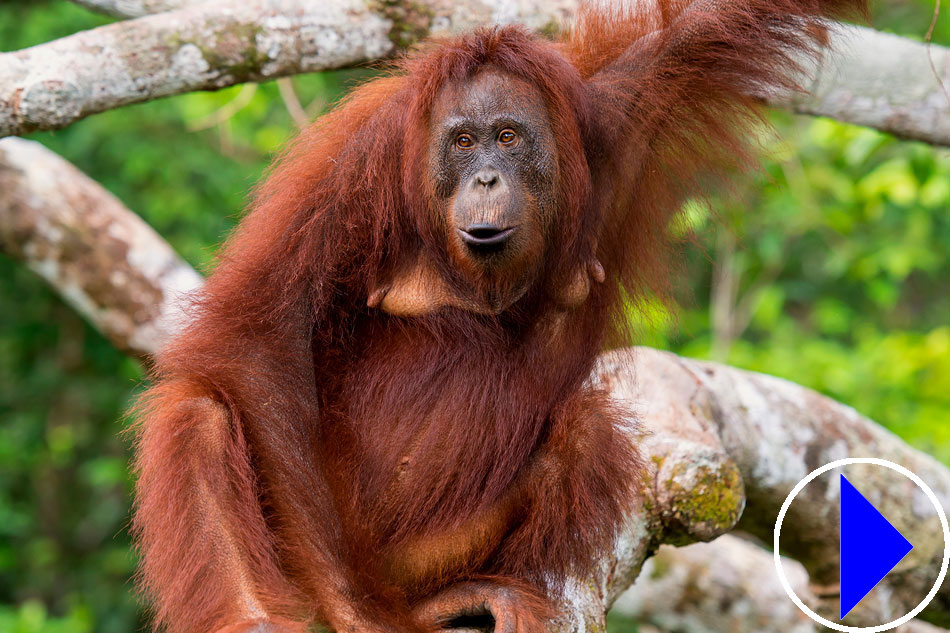 
More info: Orangutans are known for their clever ability to escape and to get into places where they are not meant to be. One of the Zoo’s most famous orangutans was a Bornean orangutan called Ken Allen. He would unscrew bolts with his fingers, reach around to unlatch things, climb up a steep incline by the back of his habitat to slip over a wall, and so on. Every time keepers figured out one of his escape routes, he would discover a new one. Apparently he never seemed to mind being led back into his enclosure—he just seemed to enjoy the challenge of finding a new way out! Ken Allen became a San Diego Zoo legend, with his own fan club and T-shirts, bumper stickers, and songs created in his honour. Many people were saddened when the gentle, mischievous ape passed away in December 2000.

Today, the orangutans share their habitat with playful siamangs, the largest of the gibbons, which inhabit the same forest of Indonesia and Malaysia as the orangutans. Some of the orangutans stay right up close to their habitat's glass frontage, observing their human visitors and interacting with them any way they can – perhaps a case of who is watching who !