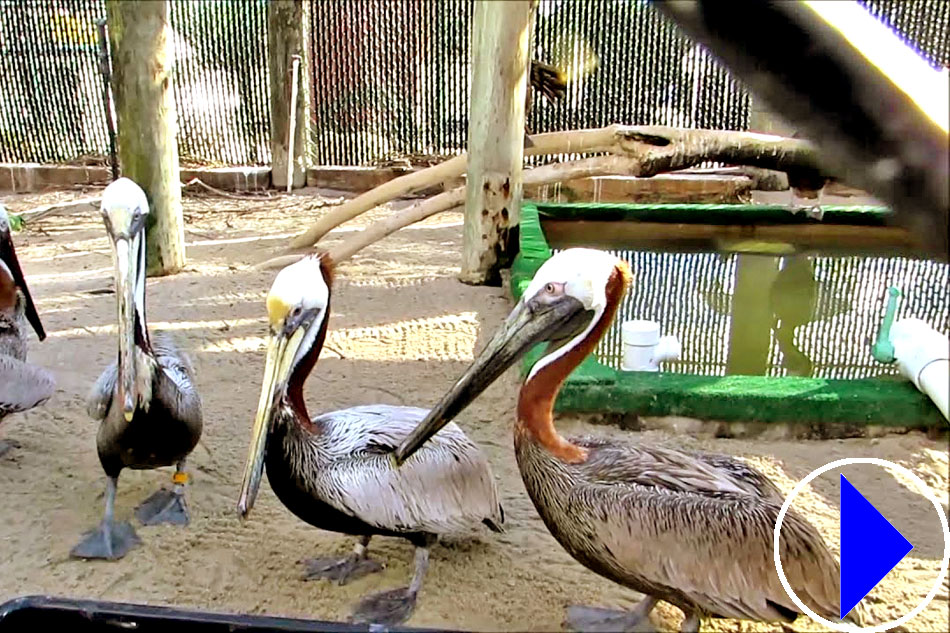 More info: Pelican Harbour Seabird Station is a non-profit wildlife rehabilitation hospital in Miami dedicated to the rescue and release of sick, injured, and orphaned brown pelicans, seabirds, and other native wildlife.

Pelican Harbour Seabird Station was founded in 1980 and has grown into an internationally recognized centre for seabird rehabilitation.

The Brown pelican is found throughout the Pacific, Atlantic and Gulf Coasts the Americas. They live year round in Puerto Rico, the U.S. Virgin Islands, and along the southeastern coast, and migrate to winter in central California and spend summer on the mid-Atlantic and northwest coasts.

The brown pelican avoids open sea and rarely occurs far offshore, usually frequenting shallow waters along coasts, as well as estuaries and bays. It breeds on the arid coasts of flat, bare, remote islands, or occasionally in mangroves. It is often seen around fishing ports.