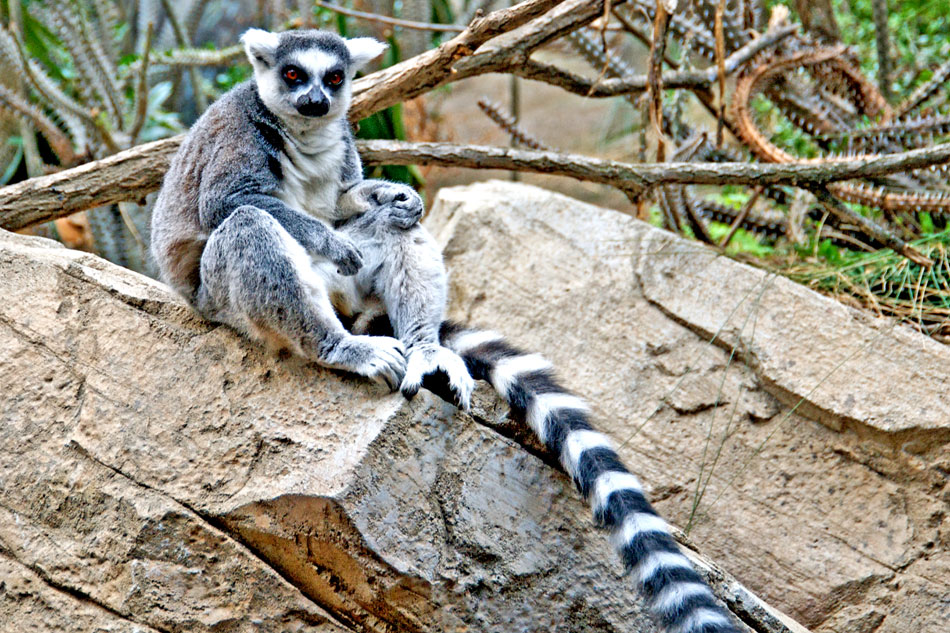 
More info: Lemurs belong to a group called prosimian primates, defined as all primates that are neither monkeys nor apes. Prosimians have many unique features, including wet noses and a keen sense of smell. Lemurs only live in one place in the world, Madagascar and the nearby Comoro Islands, off the coast of Mozambique in Africa.

Out of nearly 100 different types of lemur, there are only two which are ruffed – the black and white and the red ruffed lemur. Lemurs come in a wide range of sizes with the largest being the Indri which is 60 to 90 cm long and weighs 7 to 10 kgs. The smallest lemur is the Madame Berthe’s mouse lemur, which grows to 9 to 11 cm excluding the tail and weighs just 30 grams. Lemurs live in many different habitats: dry deciduous forests, spiny forests, rain forests, wetlands and mountains.

Black and white ruffed lemurs eat mainly fruit and to a lesser extent leaves, nectar, seeds, and some fungi. Their diet is influenced by the seasons, with certain plant parts and fruits only ripening or becoming available during certain times of the year.

Mating in the lemur world is a battle of the strongest scent. Male lemurs spray their tails with secretions and wave them at each other. The male with the smelliest tail wins dominance.