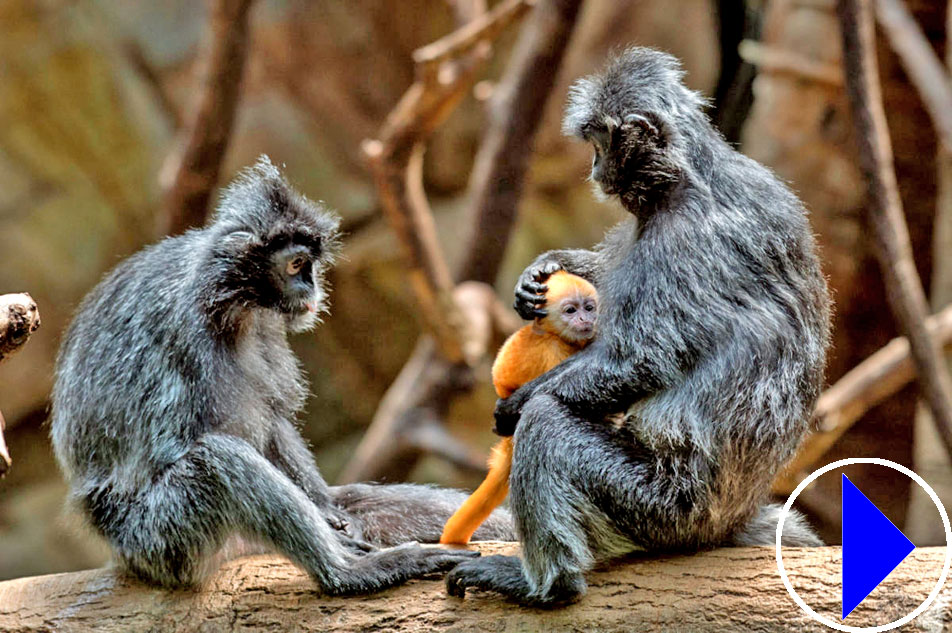 
The silvered leaf monkey is also known as the silvery langur or silvery lutung. They are found across Borneo and Sumatra, as well as in parts of the south-western Malay peninsula, the Natuna Islands, and other nearby islands. Silvered leaf monkeys inhabit mangrove swamps and forest regions, and generally stay close to coasts or rivers.

Silvered leaf monkeys are diurnal and travel in groups of around 9-40 individuals with one adult male and many adult females communally caring for the young. They rarely leave the trees, which provide them protection from ground-dwelling predators. At night, the entire group will shelter in a single tree.

The diet of silvered leaf monkeys consists mostly of leaves with only about 9% being fruit, seeds and some flowers. For this reason they are generally found in the middle canopy of the forest.