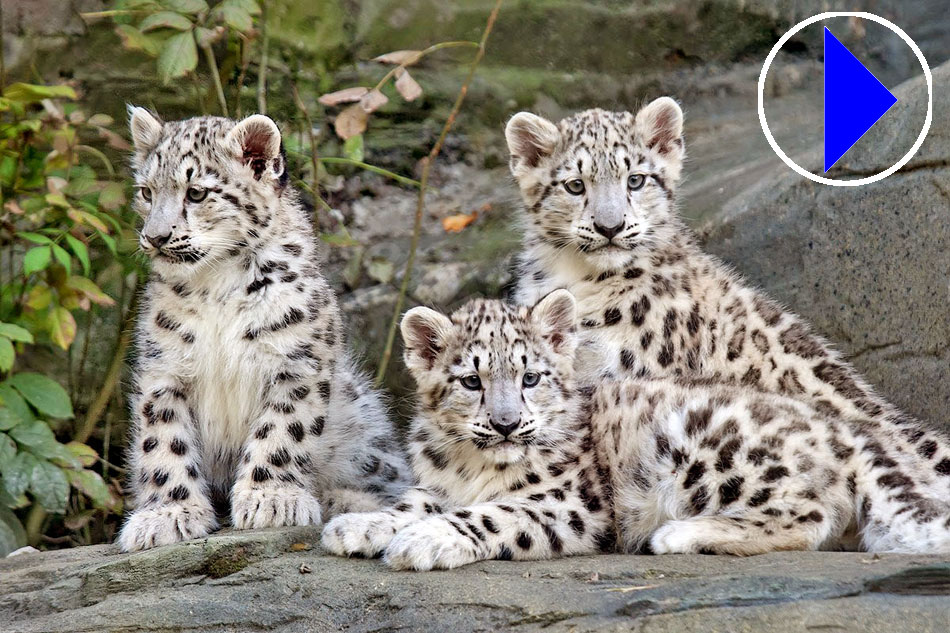 More info: The snow leopard is a shy reclusive feline which is rarely seen in the wild. Despite its name the snow leopard is more closely related to tigers than to leopards. Snow leopards are medium sized cats having a very striking appearance with a beautiful greyish coat tinged with shades of yellow and cream with a pattern of black rosettes and their unique grey to greenish eyes.

The snow leopard breeding season in the wild, is once a year between January and mid-March which ensures that the cubs will be born in late spring or early summer giving them time to grow and be strong enough to survive the winter. The gestation period of a snow leopard is usually 90 to 103 days and the average litter size 2 to 3 cubs. For the first few weeks of life, the young remain safe in their den and will stay with their mother for 18 to 22 months before leaving to start life on their own