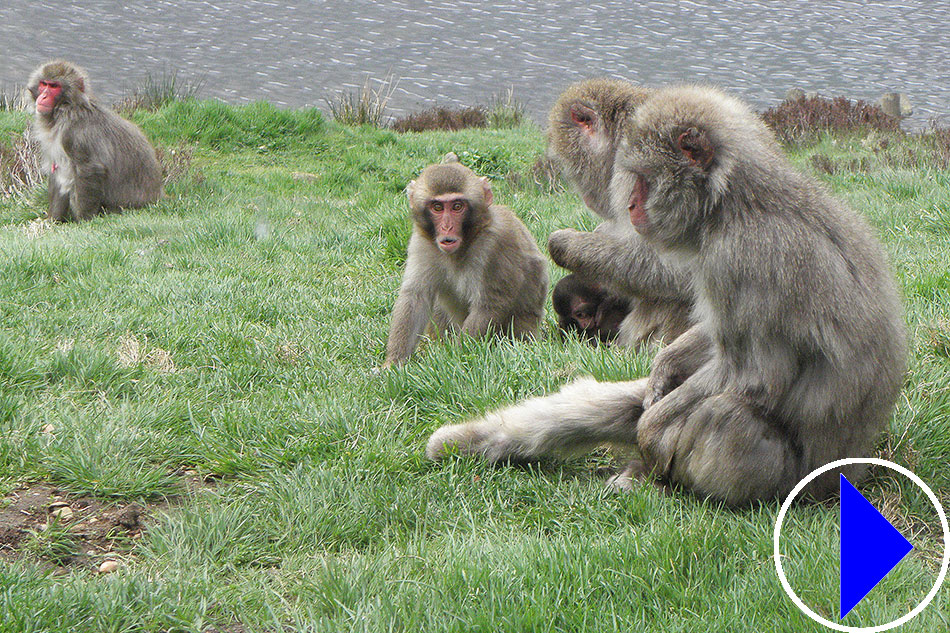 
More info: Japanese macaques, also known as snow monkeys, are native to Japan. They range from semi-tropical regions of islands south of Kyushu to the forests and mountains of northern Honshu - which are the northernmost monkeys in the world. The ancestors of snow monkeys are believed to have arrived from the Korean peninsula 500,000 to 300,000 years ago, long before the first humans arrived. Humans have always been fascinated by snow monkeys which are depicted in folklore and representations have been found on prehistoric pottery.

Snow monkeys can convey new ideas through social groups and pass on skills from one generation to the next. One example is the hot spring bathing. The habit began with a troupe of monkeys that lived in the mountains in northern Honshu using a hot spring frequented by humans. As they extended their range they discovered some volcanic hot springs. First only a few took a bath in the warm water. But after they tried it others followed and the habit spread and became an activity that the monkeys enjoyed every winter.

It has long been thought that the main reason why the monkeys bathe is to survive the cold of winter as it is a common site between December and March. However, recent research has shown that the monkeys also bathe as a form of stress relief, with a particular tendency for pregnant (or females attempting to become pregnant) monkeys to spend longer periods soaking.