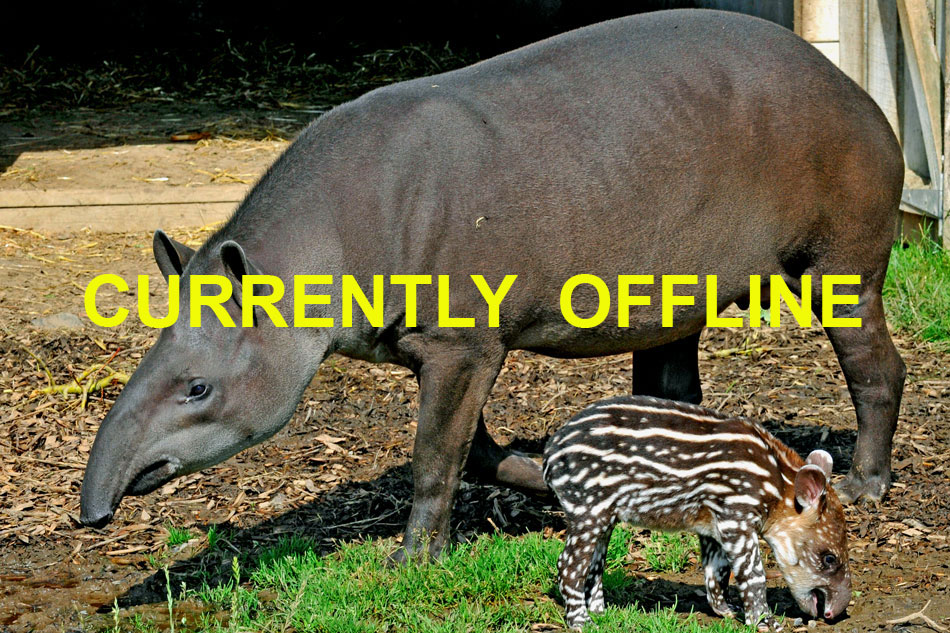 More info: There are five species of tapir, and they range from 74 to 107 cms from foot to shoulder and a weight of 227 to 363 kg. The largest species is the Malayan tapir, which can grow up to 363 kg. Tapirs are related to horses and rhinoceroses and scientists believe that these animals have changed little over tens of millions of years.

Tapirs have a short prehensile (gripping) trunk, which is really an extended nose and upper lip. Tapirs use this trunk to grab branches and strip them of leaves or to pick off tasty fruit. Tapirs feed each morning and evening. In the wild they are important dispersers of seeds which they deposit in their dung and thus promote future plant growth. Though tapirs appear densely built, they are excellent swimmers.

New World tapirs generally live in the forests and grasslands of Central and South America. A notable exception is the mountain (or woolly) tapir, the smallest of the tapirs, which lives high in the Andes Mountains. The world's biggest tapir – the Malay Tapir is found in the Old World—Southeast Asia and inhabits the forests and swamps of Malaysia and Sumatra.