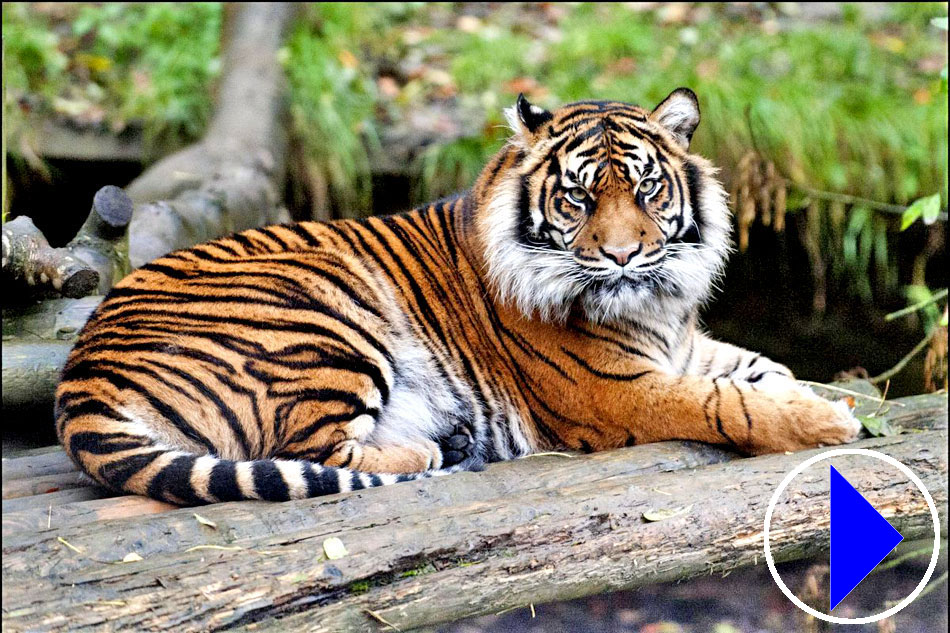 Of the original nine subspecies of tigers, three have become extinct in the last 80 years. It has been predicted all tigers may become extinct in the wild within the next decade. Poaching, habitat loss, loss of prey and fragmentation had reduced the global population of tigers from over 100,000 in the early 1900′s, to less than 4,000 in the 1970′s.

Habitat for the Sumatran tiger has been drastically reduced by clearing for agriculture - particularly palm oil plantations, and settlement. Dispersal of tigers in search of their territory and habitat destruction forces tigers out of protected areas and makes them extremely vulnerable to poaching.