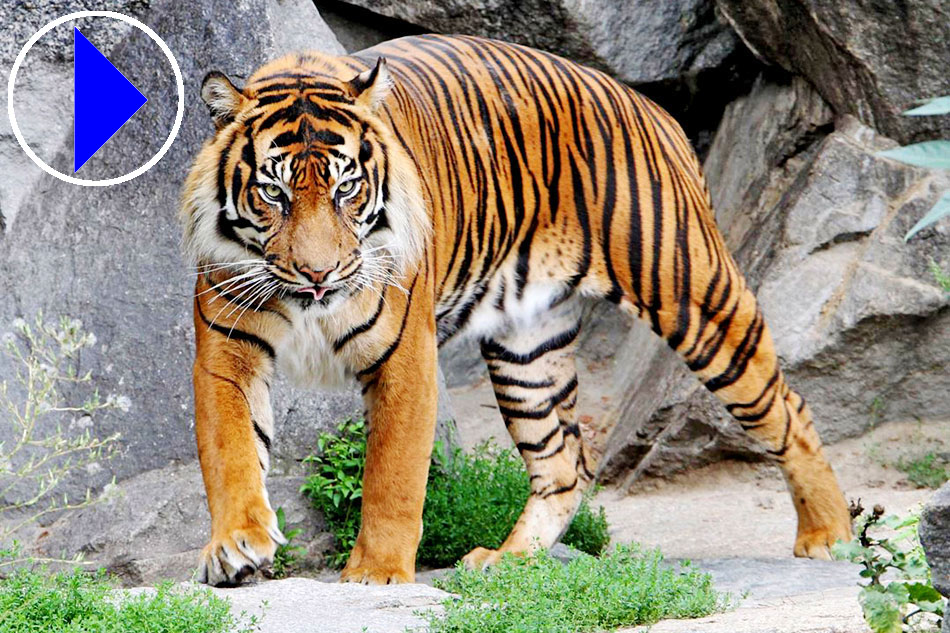 Like all tigers, Sumatran tigers are carnivores. They will prey on almost any available animal, big or small. Their diet includes fish, monkeys, wild boar, tapirs, and deer, among many others. They hunt at night and tend to make about one large kill a week. Sumatran tigers are ambush predators, slowly and silently stalking their prey until they are ready to pounce.

Sadly, fewer than 400 Sumatran tigers are estimated to remain in the wild. This subspecies is listed as Critically Endangered on the IUCN Red List of Threatened Species due to poaching, habitat loss and human-wildlife conflict.