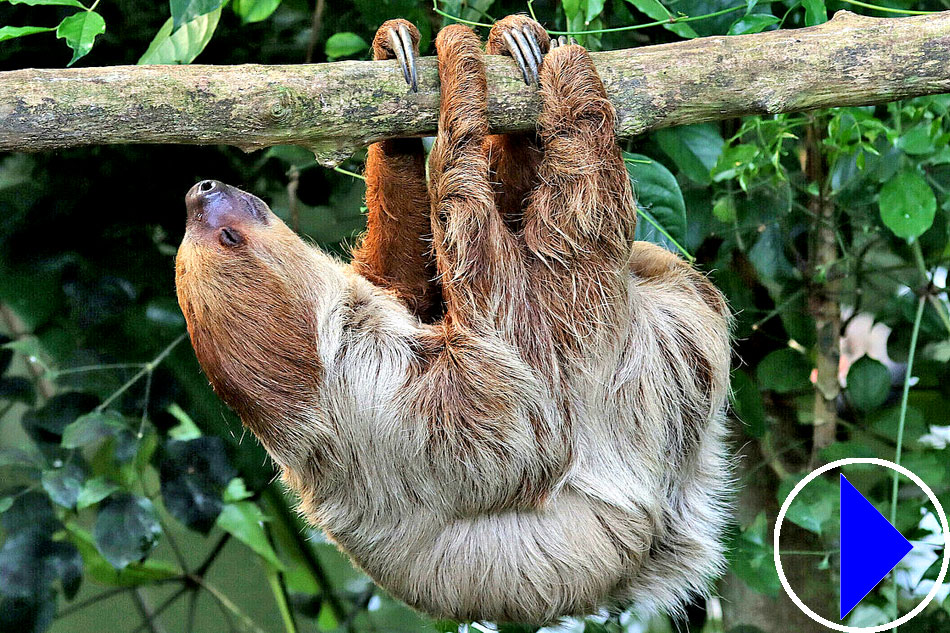 More info: Linne's two-toed sloth is a species of sloth from South America, found in Venezuela, the Guyanas, Colombia, Ecuador, Peru, and Brazil north of the Amazon River. There is now evidence to suggest that the species' range also expands into Bolivia.

The Linne's two-toed sloth, as its name suggests, has two toes on its forelimbs but its rear limbs, as with all sloths, have three.

A baby southern two-toed sloth was born at Honolulu Zoo at the beginning of March 2021. It is the fifth baby sloth to be born at the zoo to parents Harriet and Quando. The mother sloth is 7 years old and the father 18 years and the couple are considered a genetically valuable pair. The last sloth to be born at the Honolulu Zoo was in December 2018.