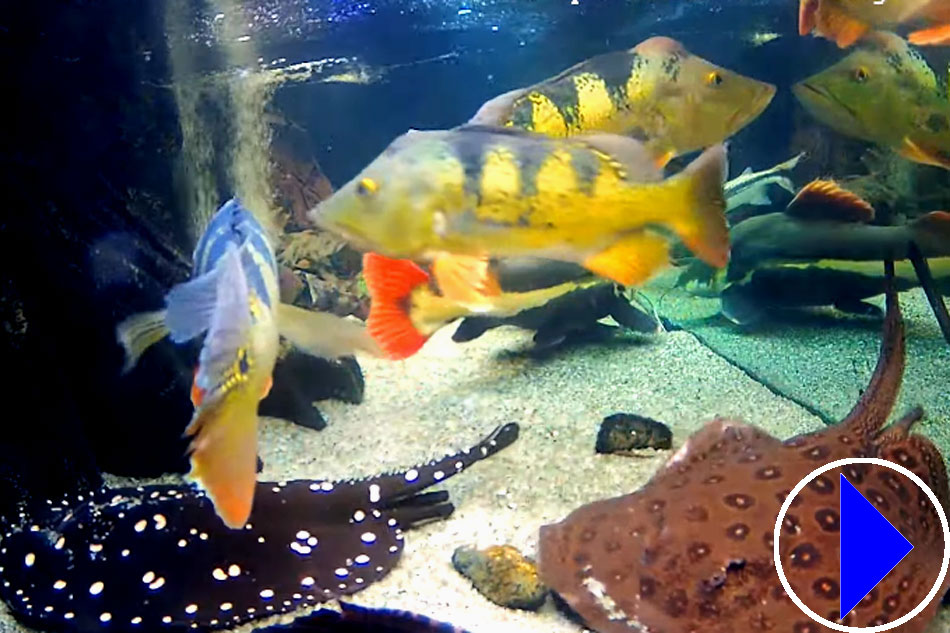 
More info: The aquarium is located at the Secondary Fishing School in Vodňany, in the Czech Republic. The Secondary Fishing School in Vodňany was founded in 1920 and it is the only school of its kind in the Czech Republic and also internationally offering studies in such things as fish culture, freshwater ecosystems, hydrobiology etc.

Covering around 30% of South America, the Amazon River Basin is home to well over 2,000 different species of fish that are endemic to the Amazon region, this includes 15,000 tributaries and a total length of 6,520 km.

Each year river banks are both created and destroyed, resulting in large numbers of species that have become isolated in just one lake. In those large lakes many fish evolve and branch away from their distant cousins until they, some thousands of years later through the flooded forest, are released into the main channel and reunited with the aquatic fauna.

Occasionally the isolated lakes have dried up and many of the fish in the lake have adapted to air breathing or gulping at the surface of water, so much so that many fish can actually leave the lake to find water.

The largest freshwater fish in South America is the arapaima, pirarucu, or paiche which can grow to over 10 feet (3 meters) long and weigh up to 400 pounds (180 kilograms).