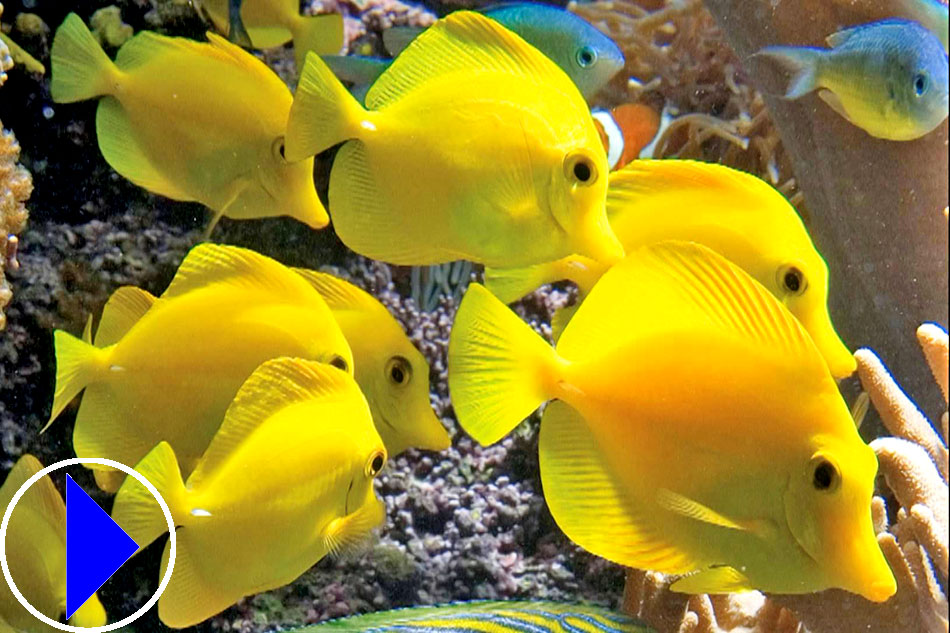 More info: Corals have been on earth for at least 400 million years and form the most diverse habitats on the planet. Coral reefs occur in less than 1 percent of the ocean, yet they are home to nearly 25 percent of all ocean species. These ancient coral structures make a perfect home for millions of species of fish, crabs, clams, starfish, squid, sponges, lobsters, seahorses, sea turtles, and more. That exceptional diversity has given coral reefs the nickname, “rainforests of the sea.” Corals form barriers along coasts and around islands, providing shoreline protection from storms. They also support fishing, scuba diving, boating, and other recreational activities that generate billions of dollars per year worldwide.

Reef fish form one of the most colourful and diverse groups of animals in the sea. Their beautiful bright colours and patterns also have a special function. Red colours appear black under water, helping a fish to go unseen. Stripes allow a fish to camouflage itself against the coral and spotted patterns serve to confuse a would-be predator.

Most reef fish have body shapes that are different from open water fish. Open water fish are usually built for speed and are streamlined like torpedoes to minimise friction as they move through the water. Reef fish are living in relatively confined spaces and complex underwater landscapes of coral reefs and manoeuvrability for them, is more important than straight line speed. For this reason, coral reef fish have developed bodies which optimize their ability to dart and change direction. They outwit predators by diving into fissures in the reef or playing hide and seek around coral heads.