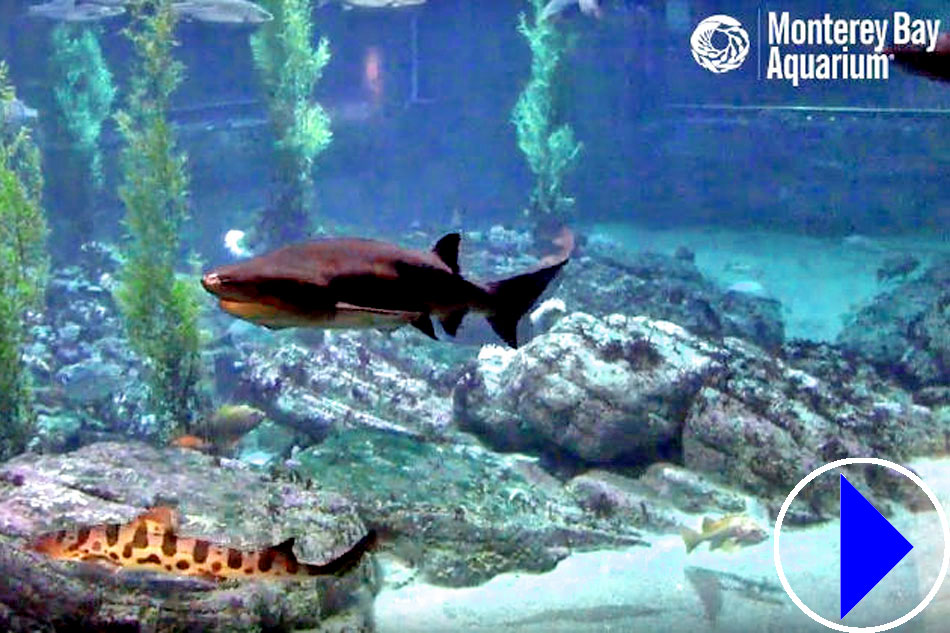 
More info: Pacific angel sharks live in the eastern Pacific Ocean from southwestern Alaska to the Gulf of California and off the coast of South America from Ecuador to southern Chile.

Pacific angel sharks have a flattened appearance that makes them resemble skates or rays. The top of the body is a mottled, sandy colour, with flecks of darker and lighter colours and the underneath is white.

These bottom-dwelling sharks partially bury themselves in sandy or muddy environments during the day, while waiting to ambush prey. While many species of sharks must move and swim around in order to pass water over the gills and breath, the Pacific angel shark has muscles that pump water over the gills and through the spiracles so they do not have to move. This is an adaptation crucial to their ambush style of feeding. Pacific angel sharks are carnivores that primarily feed on bony fish and cephalopods (squid and octopus) but are known to consume crustaceans and other types of molluscs as well.

Unless provoked in the water or aboard a fishing boat, these sharks do not pose a threat to humans.

The sevengill shark is so named because of the seven gill slits on either side of its body where most sharks have five. Sevengill sharks are reddish-brown to silvery-gray or olive-brown with numerous small black spots on the body and fins. The underside of the shark is a light or cream colour. This counter-shading is a common type of camouflage that helps the sevengill blend into the sea bottom or ocean depths when viewed from above and the waters surface when viewed from below. Sevengill sharks are skilled, opportunistic predators who feed on a variety of prey including many kinds of bony fish, dolphins, seals, other sharks, rays, and carrion.

The sevengill shark is considered to be potentially dangerous to humans, as it is aggressive when provoked.