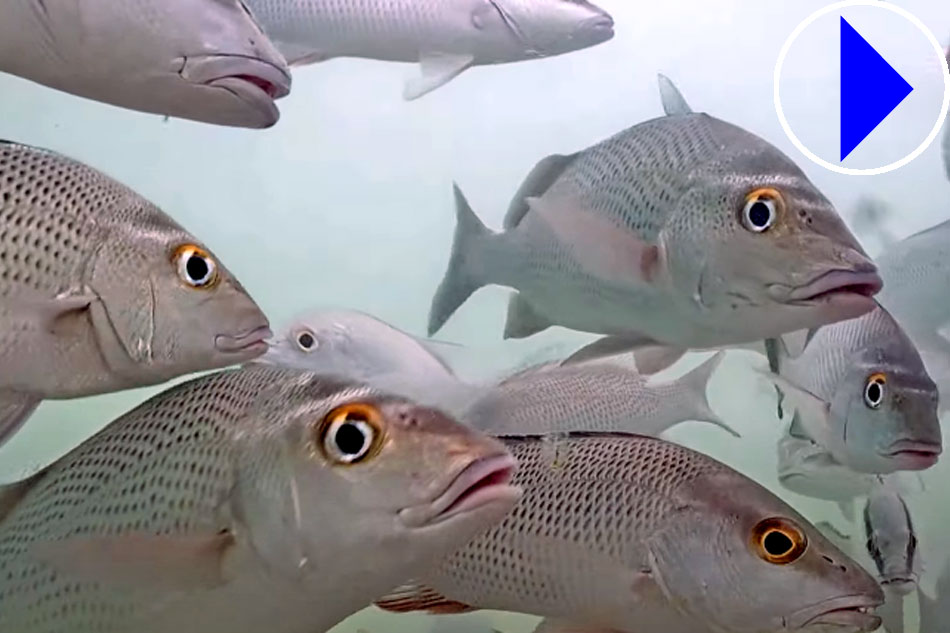 
More info: The goliath grouper is the largest of the grouper family which typically weighs 400 pounds but can exceed 800.

The goliath grouper has brown or yellow mottling with small black spots on the head and fins, a large mouth with jawbones that extend well past its small eyes, and a rounded tail. It also has five dark body bands or stripes that are most visible on young goliath.

Goliath groupers have been protected in Florida since 1990 due to declining populations. If they are accidentally caught on a fishing line, they must be returned to the ocean.