THE MAKING OF MADIKWE GAME RESERVE

I am sure the thousands of viewers enjoying the incredible live webcam at Tau Lodge in Madikwe have no idea that this game reserve is a result of incredible wildlife management and foresight. It is important to note that this webcam has amazing HD quality broadcast, if you change the YouTube settings to HD. In the last 6 months of the dry season, this live stream has shown a a higher volume of wildlife drinking at the dam than any other African Live Wildlife Webcam.

Madikwe Game Reserve is in the North West of South Africa on the Botswana border. The area was originally farmed by white farmers, then it was appropriated by the Apartheid South African Government as part of a black Homeland namely Bophuthatswana. The present South African Government decided that it was far more viable as a Game Reserve to serve the local population. This was a massive undertaking as there was very little wildlife on the land and it involved removing all the cattle fencing, buildings, and non-indigenous plants. The original area covers 75,000 hectares with a 150-kilometre electric boundary fence. Madikwe is currently the fifth largest game reserve and is also one of the lesser- known parks in South Africa. The reserve now has 750 km2 including newly incorporated privately owned land.The reserve is run as a three-way partnership between the State (represented by the North West Parks and Tourism Board), local communities and the private sector. 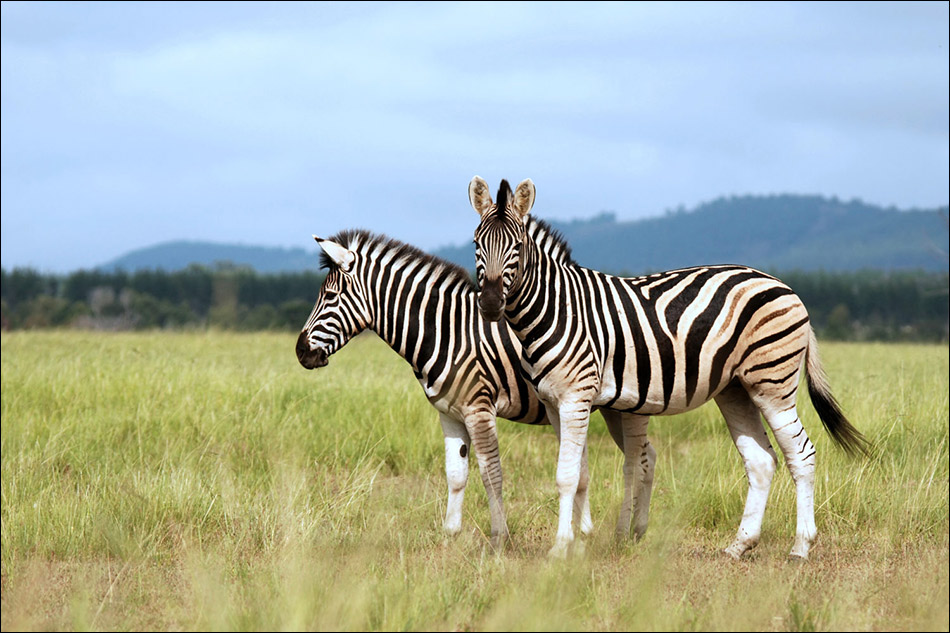 The operation to restock the park, named “Operation Phoenix” that began in 1991 was the largest game translocation exercise in the world. More than 8,000 animals of 28 species have so far been released into the reserve, including elephant, rhino, buffalo, lion, cheetah, Cape hunting dog, spotted hyaena, giraffe, zebra and many species of antelope and herbivores. Leopard already occurred in the reserve. Operation Phoenix was completed in 1997. In fact, it has been so successful that Madikwe is able to donate and sell wildlife to other reserves in South Africa

Entire herds of elephant were translocated from the Gonarezhou National Park in Zimbabwe, Some 700 kilometres from Madikwe. This was an amazing and dangerous operation. Family groups of elephants were darted and kept and moved as a group. On one occasion an elephant cow was separated from her calf and she was very angry and dangerous until she was reunited with her calf


Wild Dogs were trans-located to Madikwe Game Reserve in 1994. This highly endangered species number between 3 000 and 5 000 in the world and can only be found in the larger reserves or in uninhabited regions of Southern and Eastern Africa. The founding group of six Madikwe Wild Dogs were drawn from a breeding station for rare and endangered species and from the wild near Kruger National Park. Since then Madikwe has carefully watched and fostered the progress of its Wild Dog Clans whose journey has been exciting and sometimes treacherous with some devastating losses through clan clashes, lion attack and rabies. Madikwe Game Reserve has gone to great lengths to ensure the maintenance of its clans and successfully introduced new Wild Dogs from other reserves.

There are 60 mammal species in the park, including African Elephant, Cape Buffalo, Hippopotamus, Black and White Rhino, Cheetah, Leopard, Lion, Black-backed Jackal, Brown Hyaena, Spotted Hyaena, Wild Dog, Blesbok, Blue Wildebeest, Eland, Gemsbok, Impala, Kudu, Red Hartebeest, Springbok, Tsessebe, Waterbuck, Warthog, baboon, vervet monkeys and Burchell’s Zebra. Over 350 species of birds have been recorded at Madikwe. The reserve is relatively close to Pilanesberg Game Reserve and there is currently a two-year scheme between the two protected areas that will eventually lead to there being a corridor between the two parks. 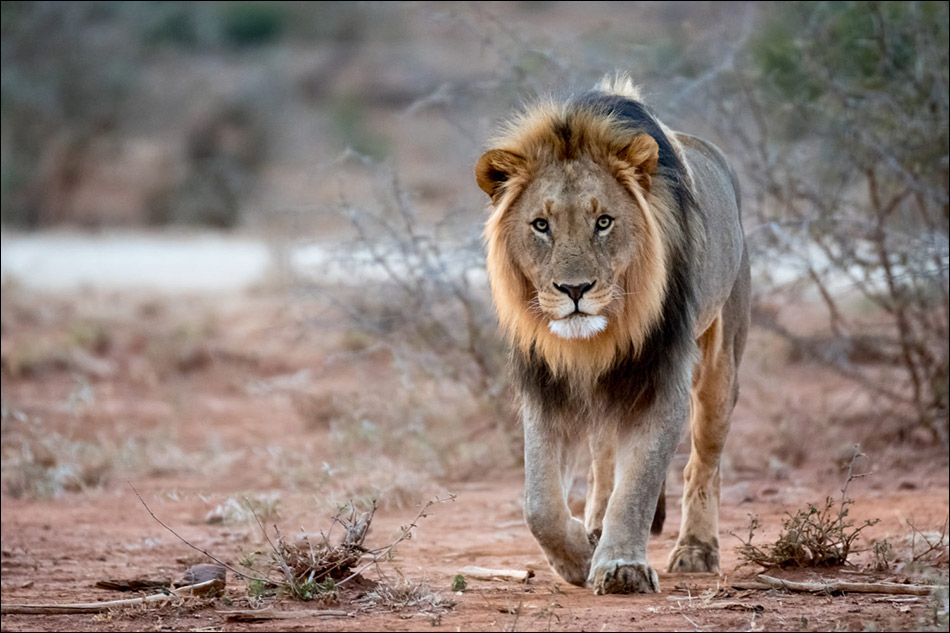 A special feature of Madikwe lies in its unique location, a transition zone on the edges of the Kalahari, where several rare species occur naturally, and the bushveld. The climate is generally mild to hot, but winter nights can be cold.

The reserve has recently opened itself up to private farms outside the main reserve. Private users need to abide by parks board rules, animals can roam over any land, but there are restrictions as to where private vehicles can drive. There are 30 lodges on the Reserve, and six lodges on private farms outside the main reserve. Madikwe has started Community Lodges, which the local villages own and run. All profits are then used to support the communities.

The Reserve does not allow day trips and only those guests with booked accommodation can enter the Reserve.

Generally, there is a very high standard of wildlife lodges in South Africa and Madikwe is no exception. At Jaci´s Safari lodge they have a concrete hide within the waterhole where visitors can view the wildlife from the water level providing fantastic photography