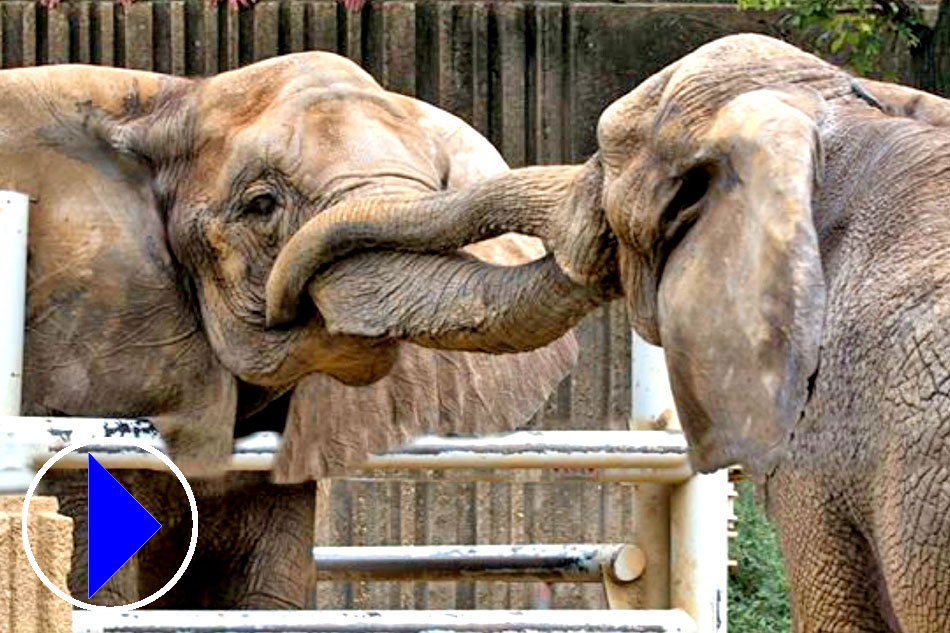 Info: Memphis Zoo sadly lost Tyranza one of its beloved elephants in 2020. Tyranza, or Ty as she was affectionately called was the oldest African elephant in North America at 56 and she set the record for the longest-lived African elephant in North America as well.
Ty was born in the wild in 1964, where it is believed she was orphaned. After a short stint as a circus elephant with Ringling Brothers, she was retired to Memphis Zoo in 1977. She was 12 years old at the time. Former associate curator, Houston Winbigler was one of the first to meet Ty when she arrived in Memphis and he worked with her for almost 40 years. For the last 43 years, Tyranza was the matriarch of the Zoo’s elephant herd.