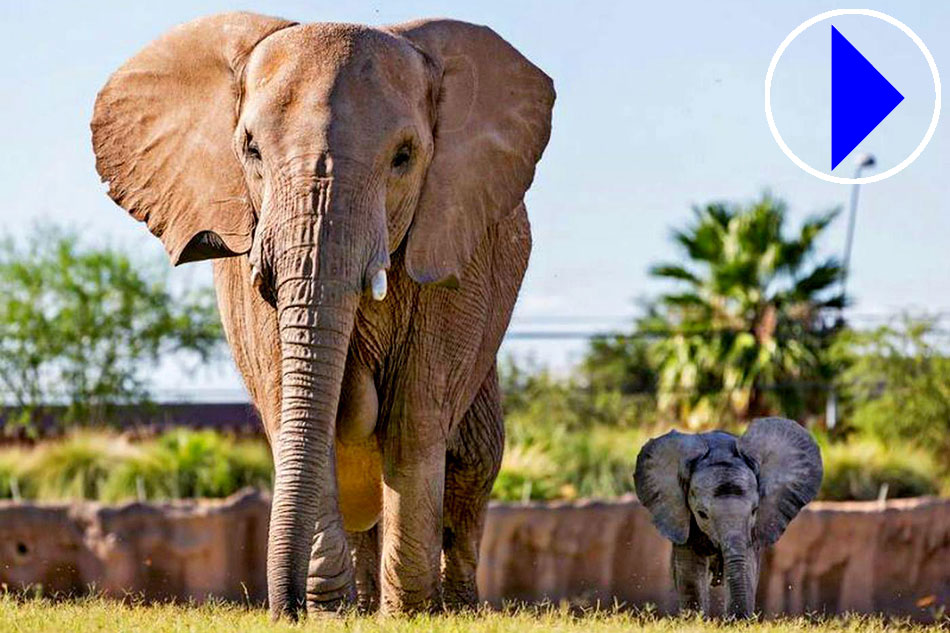 More Info: Semba, the Zoo’s African elephant matriarch, gave birth to a calf on April 6th, 2020. The female calf weighed in at 295 pounds. The new calf was later named Mapenzi which means beloved. Mapenzi expanded the Zoo’s elephant herd to six, joining Semba, father Mabu, female Lungile, nine-year-old brother Sundzu and big sister Nandi. The calf was the second African elephant born at Reid Park Zoo, with Nandi being the first birth in 2014. Like Nandi, Mapenzi was born in the middle of the night.

In the wild, African elephants have a life expectancy of 25-41 years, but have been known to live up to 60 years of age. They are highly intelligent creatures with a complex social behaviour. Their vocal communication includes rumble vocalizations which have such low frequencies they are below the range of human hearing and can travel for several kilometres. Elephants are known to display a deep sensitivity and awareness of death and will return repeatedly to carcasses and skeletons of deceased herd members, running their trunks gently over their remains as though paying their respects.

Elephant herds consist of females, who are usually related, calves and young bull calves. The eldest female, called the Matriarch, most often leads the herd. Bull calves get kicked out of the herd when they reach about 12 years of age to join the bull “bachelor” herds or to become a solitary bull. Bull herds will only join a female herd when it is mating season, or at a waterhole. The gestation period in female elephants is 22 months. When the calf is born it can weigh 100kg-120kg and stands about 85cm tall.