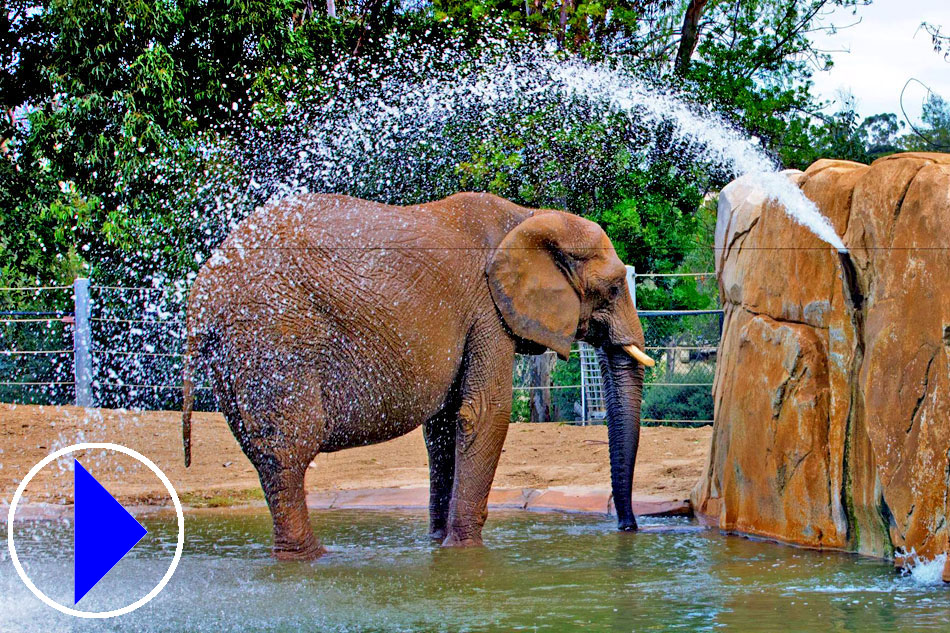 More info: Most of the elephants at San Diego Zoo have the same birthday. Because most were orphaned or rescued in the wild, their ages can only be estimated so the zoo uses the same system as racehorse owners. On New Year’s Day, they all officially become a year older!

Eleven African elephants, born in South Africa's Kruger National Park, were translocated to Swaziland in 1994. When scheduled to be culled, seven were taken to San Diego and four to Lowry Park Zoo in Florida in 2003. Their numbers grew and in 2012, five of these elephants were moved to the Reid Park Zoo in Arizona to form a new herd. In August 2015, another of the elephants moved to a new home with a herd at the Fresno Chaffee Zoo, as part of a breeding loan recommended by the Species Survival Plan (SSP) program, managed within zoos accredited by the Association of Zoos and Aquariums. In 2019, in another SSP-recommended move, two nine-year-old male elephants traveled to a new home at the Caldwell Zoo in Tyler, Texas. In June 2019, males Lutsvando "Luti" and Ingadze traveled to Birmingham Zoo in an SSP-recommended move; and in July 2019, male Msholo moved to Zoo Atlanta.