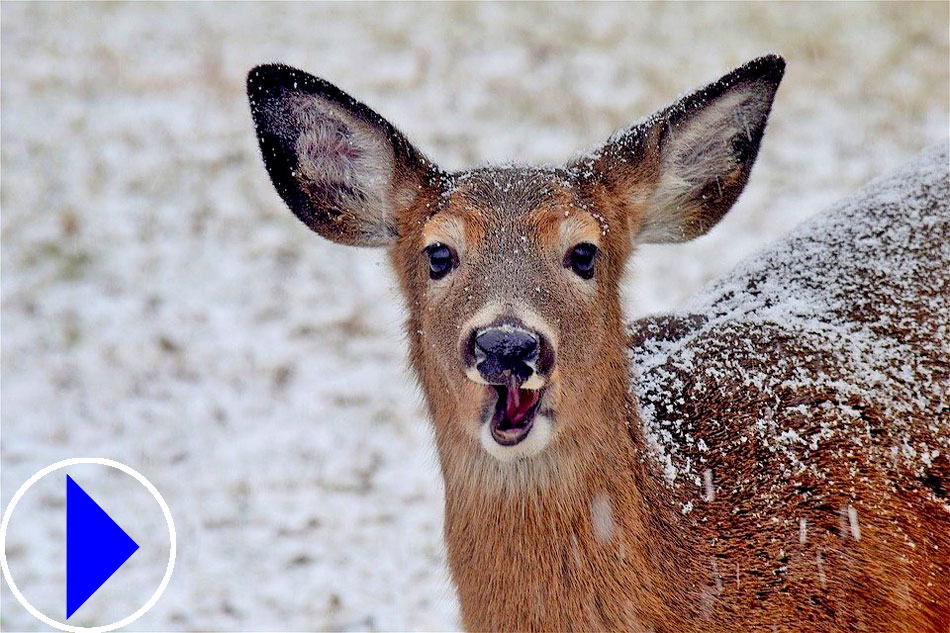 LIVE WEBCAM WITH DEER IN FINLAND

In 1935, white-tailed deer were introduced to Finland. The introduction was successful, and the deer have recently begun spreading through northern Scandinavia and southern Karelia, competing with, and sometimes displacing, native species. The 2020 population of some 109,000 deer originated from four animals provided by Finnish Americans from Minnesota.

The European white tailed deer is a large deer weighing around 60-140 kg and measuring up to 110 cm over the shoulder. The general colour is rufous brown in summer and greyish brown in winter. The main beam of the antlers slides backwards, then abruptly forwards, with erect branches on the hind margin. Bucks regrow antlers each year in spring and shed them after the breeding season in winter. Antler size and branching is determined by age, nutrition, and genetics.

The white-tailed deer gets its name for the white fur on the underside of its tail which it flashes when it senses a threat. Deer mark their territory with urine and scents produced by glands found on their head and legs. The white-tailed deer breeding season, called the rut, occurs in autumn in October or November.