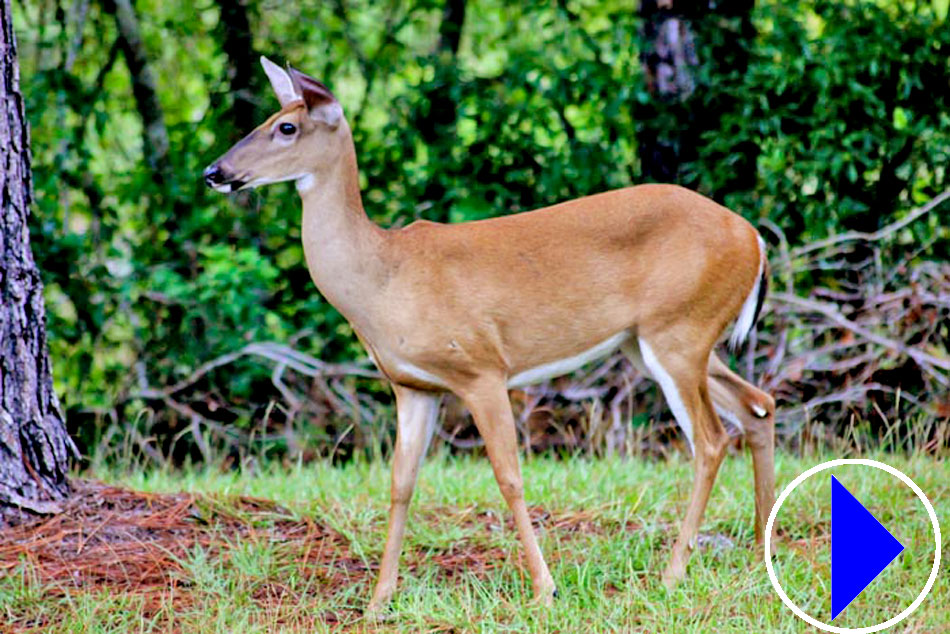 
More info: White-tailed deer are native to North America, and range from Canada all the way south to Peru and Bolivia. In the Western United States, from Alaska to the Mexican border country, you will find close cousins such as the mule deer, black-tailed deer, Sitka deer, Coues deer and the endangered Columbian white-tailed deer. The white-tail is prevalent east of the Rockies, but with changes in farming and timber practices, white-tails have been expanding their range to the west and north, and are now the most widely distributed deer.

Adult white-tailed deer share the same coat colour and markings. The belly, throat, areas around the eyes, insides of the ears and the underside of the tail are white all year long. During summer, the upper parts of the body are reddish brown and composed of short thin, wiry hair with no underfur. In winter, the upper body is a greyish brown with longer hair and a thick woolly underfur. White-tail deer shed their summer coats in August and September and winter coats in April and May.

Melanistic (dark-coloured) and albino (abnormally white) deer occur, but they are exceptionally rare. Partial white deer, called "piebalds" or "calico" deer, occur more frequently but are still reported to make up less than 1 percent of the population.

White-tail deer fawns are born with reddish-brown coats dappled with white spots, providing excellent camouflage. Fawns lose their spots by taking on the same coat colours as adults in the fall.