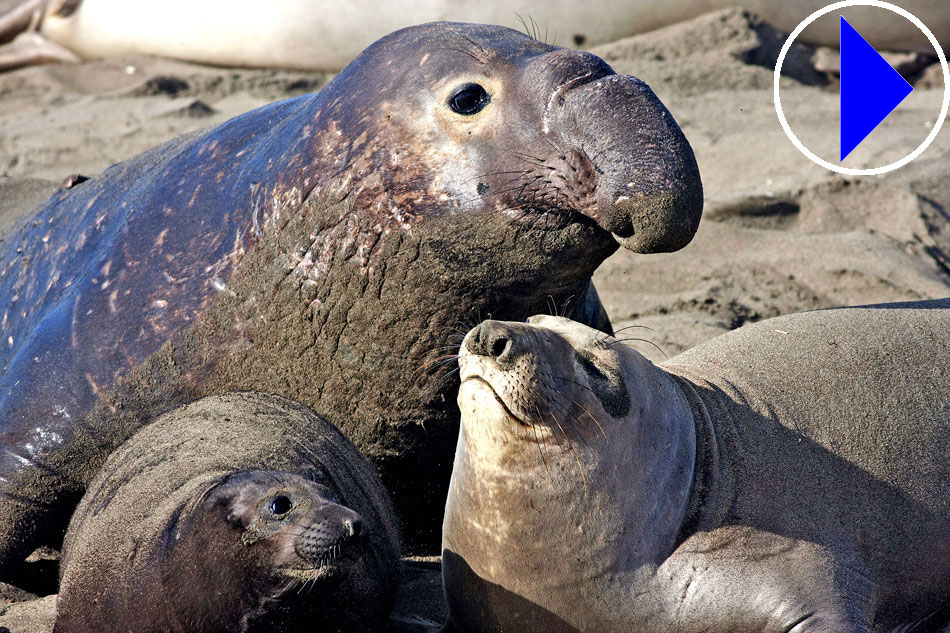 More info: The elephant seal colony at Point Piedras Blancas is 7.7 miles north of San Simeon. It has experienced phenomenal growth in less than 30 years. Since the first pup was born in February, 1992, the colony has grown to an estimated 25,000 elephant seals along a stretch of coastline just over 8 miles long.

Pregnant female seals begin arriving in December with the majority arriving in January. Births occur on the beach, a few days after they arrive and often at night time. The pup nurses from its mother for four weeks during which time it quadruples its birth weight whilst the mother will lose around 40% of hers.

During the last week of nursing, the mother elephant seal comes into oestrous and mates. Shortly after that she goes back to the sea, leaving her pup behind and by mid March, most of the adult seals have left. As the beach becomes less populated, the seal pups start exploring the shallow water just off shore and learning to swim well. Most seal pups depart by late March or early April.