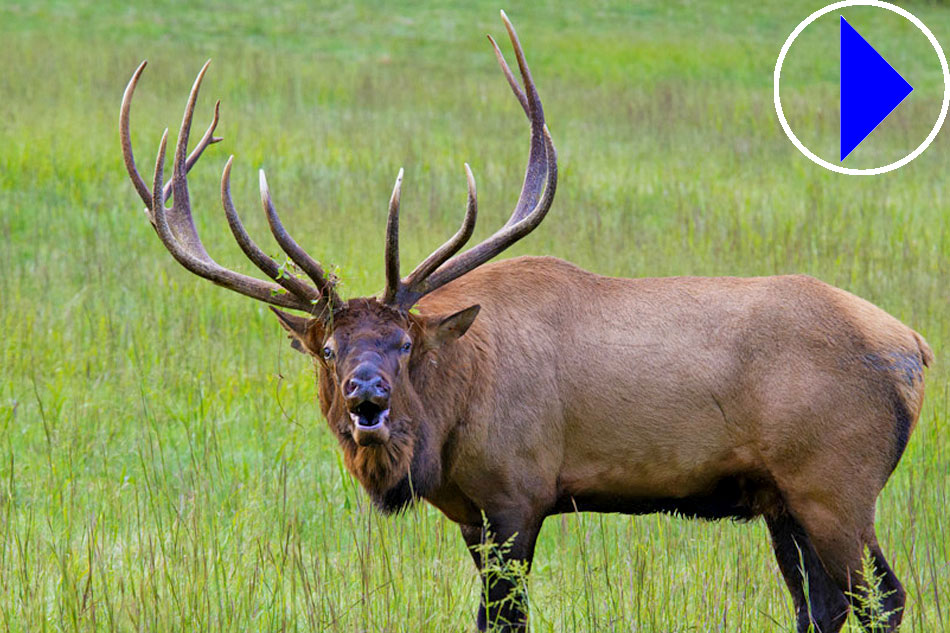 LIVE WEBCAM WITH ELK IN PENNSYLVANIA


More info:
Elk, also called wapiti, are members of the Cervidae family, which includes caribou, deer and moose. Elk are found all over the world. Large wild populations are mostly found in North America, in the western United States from Canada through the Eastern Rockies to New Mexico and in the northern lower peninsula of Michigan. Elk prefer woodlands and forest edge habitat

The elk coat is coloured from tan to dark brown, depending upon the season. This colour is found all around their bodies, including the legs and back. Their necks are usually darker than the rest of their bodies and the rump contrasts with being white. Bulls tend to be a lighter colour than cows. Twice a year, elk shed their coat.

Elk are herbivores, with a changeable diet depending on the time of year, eating grasses in the summer and woody growth in the winter months. Elk, found in mountainous areas, undergo seasonal migrations. During the spring, elk migrate to higher ground in search of new vegetation, often following routes that they have travelled before. Elk spend their summers in the mountains where food is abundant and the temperature is cool. In the fall, snow in the high country gives elk the signal to head to lower elevations.

Each spring, male deer and bull elk begin growing antlers from bony bumps on their heads. It takes an elk four or five months to completely grow a set of antlers. By summer's end, a set of elk antlers may be as much as 4 feet long, with a spread about as long and weight up to 40 pounds. Bull elk shed their antlers every spring.

From late September to early October, male elks lose the velvet on their antlers and start competing with each other for mating rights. During the rut, males can be seen posturing, antler wrestling ( sparring ) and bugling which is a series of vocalisations used to establish dominance and attract females. Bulls may also make shallow holes in the ground called wallows in which they urinate and then roll their body with the smell thus attracting the females.