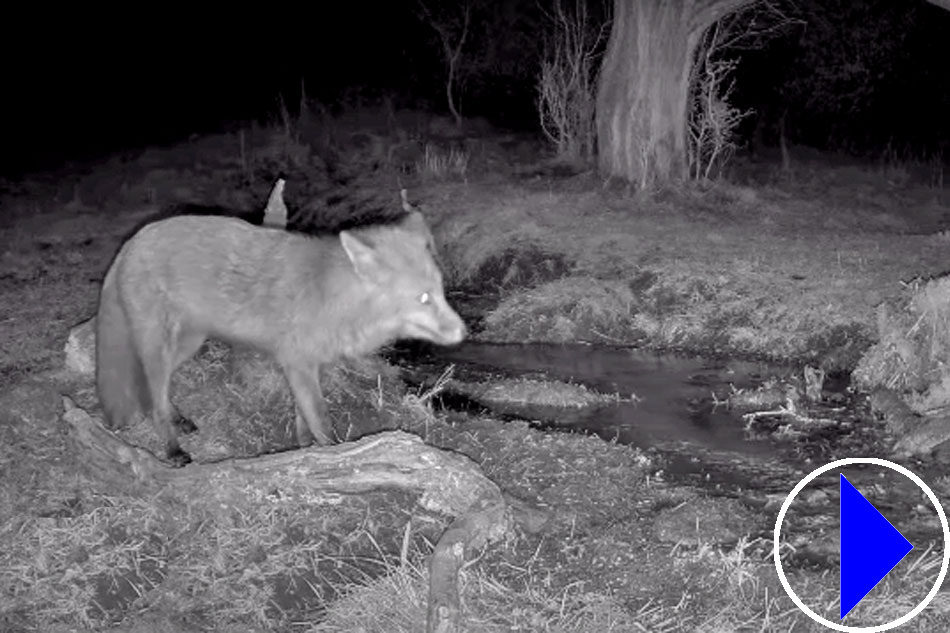 
More info: In Denmark, the fox is found all over the country except on Bornholm and on some smaller islands. In Denmark, there are four fox variants. The most common is the red fox, but there is also the ‘fire fox’ the smokey fox and the cross fox.

The ‘fire fox’ has an almost black underside and does not have a white-tipped tail. The cross fox, has a dark stripe down its back and across the shoulders, forming a cross, and the smokey fox has black colouring on the middle part of its abdomen and throat.

The mating season of the fox in Denmark is January to February. The female fox (Vixen) emits a strong scent which attracts males (Dogs) from near and far. During this period, it is possible to hear foxes howling and barking, which is the males competing between themselves to court a female.

Fox footprints can often be confused with dog footprints, but the fox's tracks are more elongated and finer, and the pads are smaller. The track is approximately 4-4.5 cm wide and about 5 cm long. Fox scat is 8-10 cm, long, sausage-shaped and often twisted at one end. In the scat, you can often see pieces of bones, feathers, wing cases of beetles or seeds from fruits.