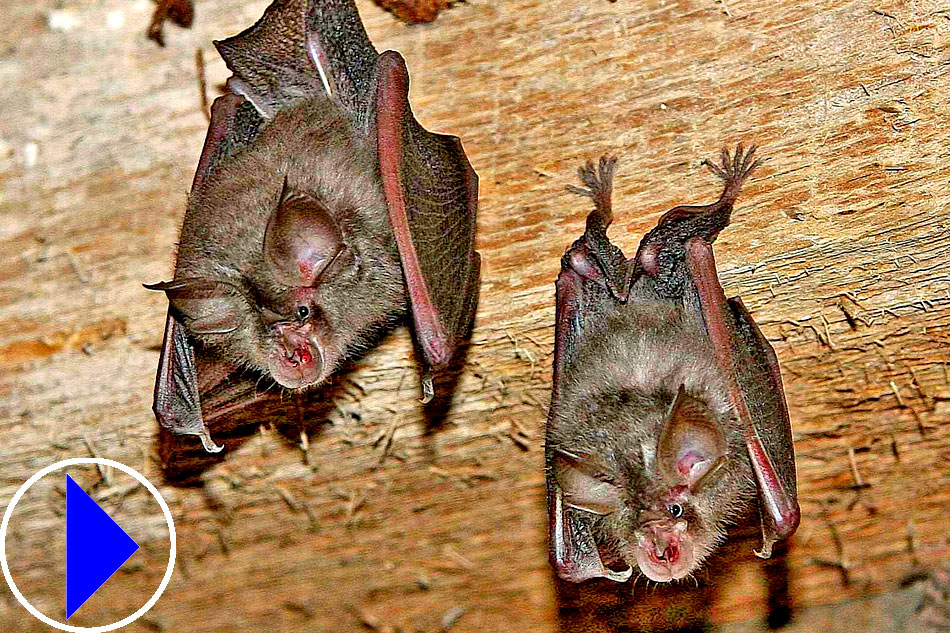 More info: The lesser horseshoe bat is one of the smallest bats in the world and weighs only 5 to 9 grams. The distribution of lesser horseshoe bats, ranges from the western part of Europe to central Asia and from central Europe down to the northern part of Africa. Although they are widespread throughout their range, they are a rare species, and populations have declined in their northern ranges.

The bat takes its name from the distinctive horseshoe-shaped nose leaf which the bat uses for echolocation. Lesser horseshoe bats hibernate from October until late April or early May. They naturally roost in caves but with the spread of the human population into their habitats, they have found homes in man-made structures, including roofs, tunnels, attics, and cellars. Roosting individuals prefer to hang in close proximity to others when hibernating. They have both Summer and winter roosts which are generally no more than 5-10 km apart.

The lesser horseshoe bat has a diet of moths, midges, spiders and flies. It hunts relatively close to the ground, rarely flying more than five metres above it.

Lesser horseshoe bats reach sexual maturity at about one year old. Breeding occurs in the autum, and about one-half to two-thirds of females give birth to one young. The rest give birth to twins. Young are born in mid June to early July and weigh about 1.8 grams. They are weaned at 4 weeks and become independent at 6 to 7 weeks.