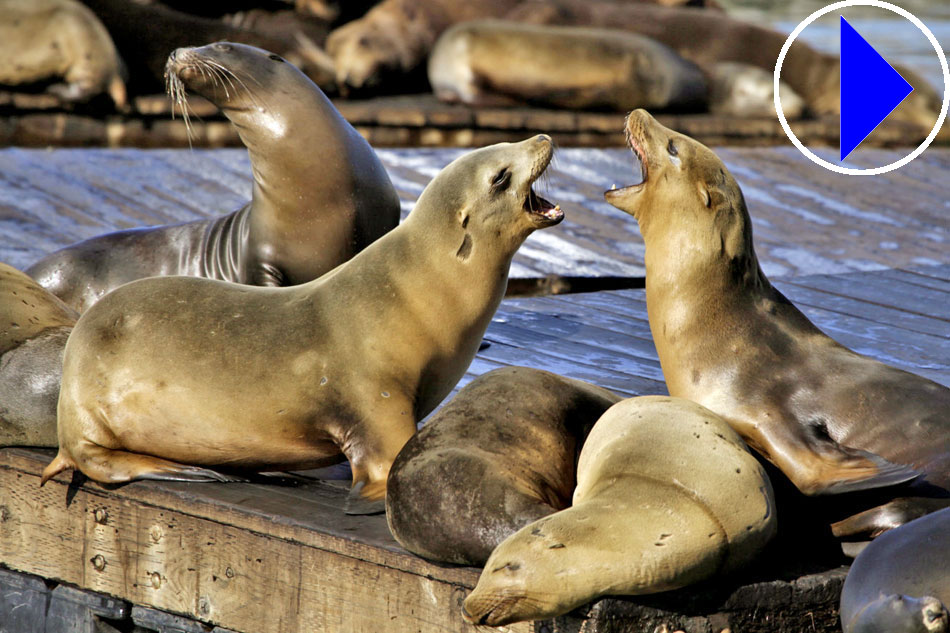 
More info: A few California sea lions started “hauling out” on PIER 39’s K-Dock shortly after the Loma Prieta earthquake in 1989 when locals started moving their boats away from the pier. By January 1990 due to a plentiful supply of herring, the protected marina environment and available dock space, the number of sea lions quickly grew to over 300. The boisterous and noisy sea lions took over K-Dock and made it home, much to the exasperation of the marina tenants.

The number of sea lions fluctuates based on migratory patterns and prey movements but at one point there were over a thousand sea lions chilling on the docks. Today, the sea lions are present at Pier 39 from late summer (late July) to late spring (mid May) and there are typically 150 to over 600 hauled out.

Sea lions migrate to areas across the Paciﬁc Coast, from Vancouver to the southern tip of Baja. Most pups are born on the Channel Islands located off Southern California in June.