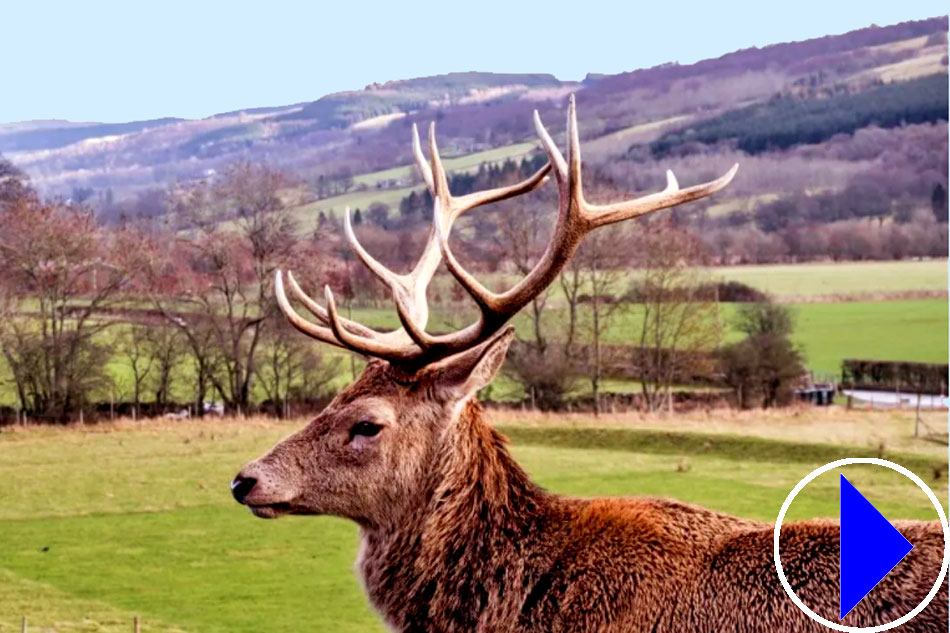 
More info: In the United Kingdom, most red deer are found on the open moorlands of the Highlands and Islands of Scotland, although scattered populations are found elsewhere such as north west England, East Anglia, Exmoor and Ireland.

Male red deer have large, branching antlers, increasing in size as they get older. These impressive antlers can measure up to one metre in breadth and weigh as much as 15kg. Red deer are dark russet-brown in colour, with a paler buff rump patch and a pale tail.

They graze a wide variety of plants, from grasses and heather to shrubs and trees. They only cause damage to the forest if there are too many of them.

On open hill, red deer males and females usually remain in separate groups for much of the year, the females (hinds) tending to monopolise the relatively grass-rich habitats in groups of up to 40 individuals. In contrast, males (stags) tend to utilise poorer heather-dominant feeding areas. In winter red deer usually concentrate on sheltered lower ground, moving to higher altitude feeding areas in the summer.