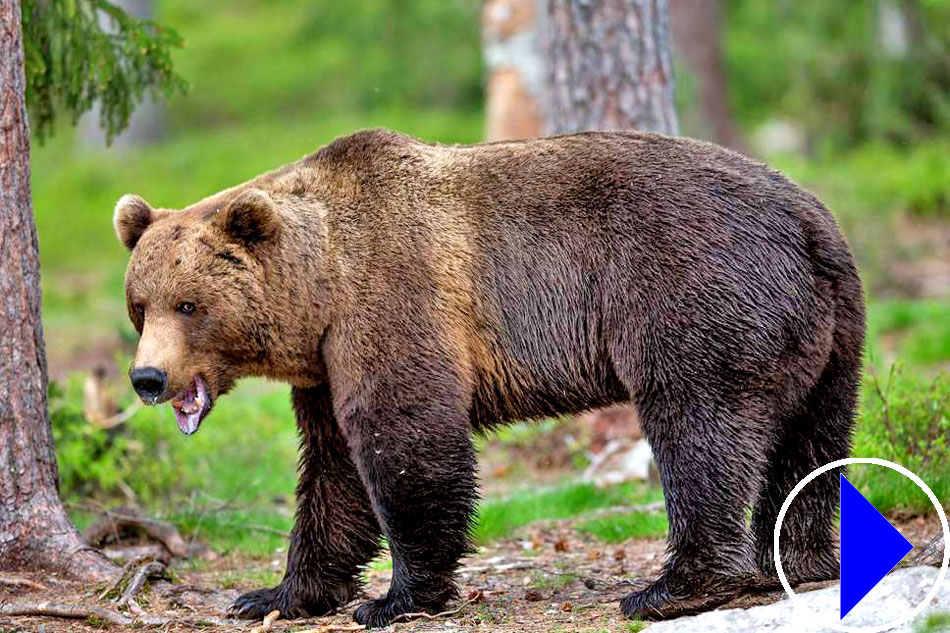 More Info: The brown bear is the largest predator still living on the continent of Europe.

There was a time when bears were found in practically the whole of Europe but with the clearing of the woods the animals were forced to retreat into more and more remote regions. Now, the densest populations of bears are found in the Dinaric Mountains and the Carpathians. There are also smaller populations in the Pyrenees, the Alps the Apennines and the Cantabrian Mountains.

The breeding season for brown bears is May to July. Both male and female bears are polygamous and may mate with different partners several times. The fertilized ovum remains free-floating in the uterus for up to five months and only begins to attach to the uterine wall and begin development at the time the female starts her hibernation.

Bear cubs are born between January and March - usually two or three and are raised alone by the female. During this phase a female bear is extremely aggressive and will occasionally attack male bears if they come too close to the cubs. The cubs stay one and half to two years with their mother. As soon as she is ready to mate again she will leave the cubs.