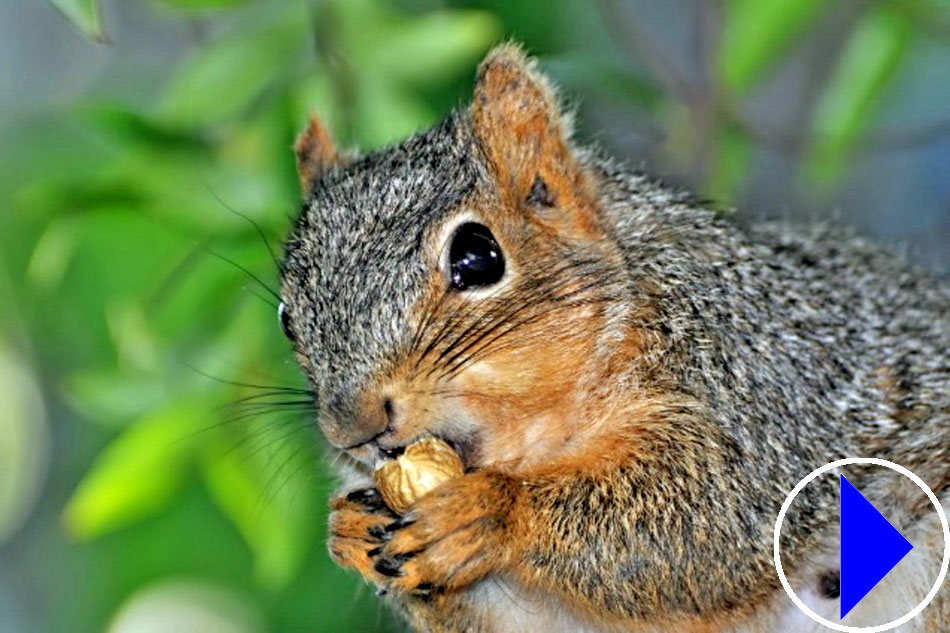 Grey squirrels have soft, dense fur, coloured grey above and white below. The tail hairs are buff at the base, black in the middle and tipped with white. They have white eye rings, and rather prominent ears, tapering toward the tips. Grey squirrels have seasonal differences in colour due to an annual summer moult. Male and female grey squirrels have the same colouring and the young tend to be more grey.

Grey squirrels are found throughout eastern Kansas where they are associated with oak-hickory deciduous forests. They are especially abundant in towns and cities.

Grey squirrels are diurnal and usually active from early morning to late evening in both summer and winter. They typically feed while resting on their hind quarters while adeptly manipulating food with their front feet. When grey squirrels are disturbed they move with great speed either on the ground or in trees. Upon reaching an elevated refuge they may call with a characteristic scolding noise, the tail flipping from side to side with each bark.

Grey squirrels feed mostly on nuts and acorns from oak, beech, walnut and hickory trees, as well as seeds, fruits, bulbs and flowers from other plants and trees. They will also eat frogs, insects, bird eggs and farm crops such as corn and wheat. They store nuts and seeds at the end of summer to eat throughout the winter.

Predators of gray squirrels include coyotes, foxes, bobcats, hawks, owls, and occasionally weasels, raccoons, and snakes. The squirrels will emit a warning call to let other squirrels know predators are near.